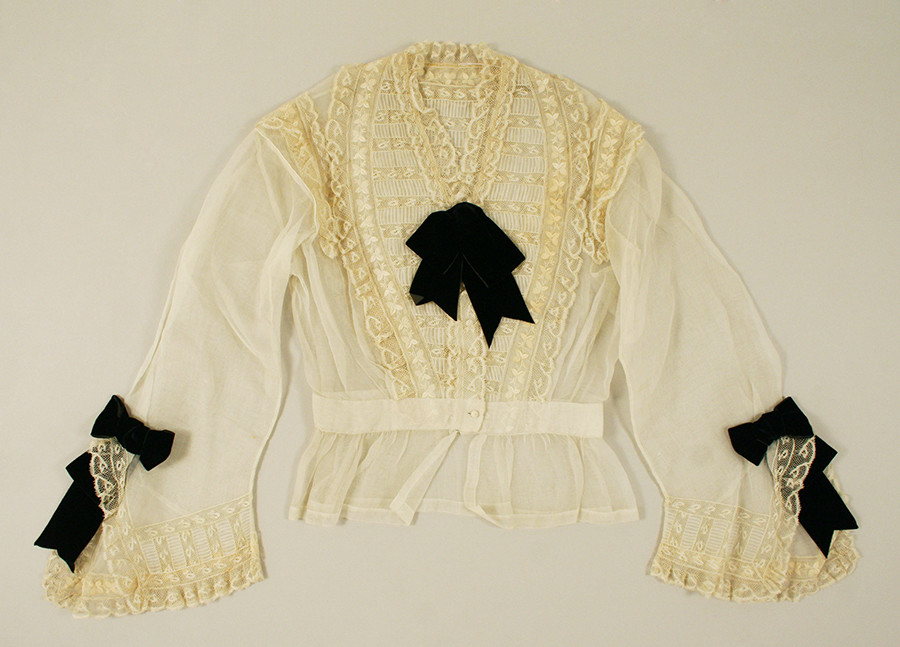 The development of the lightweight, readymade blouse industry in Britain in the 1910s was greatly aided by two American machines: the Singer sewing machine, and the Eastman cloth cutting machine. My recent research trip to the USA, partly funded by a generous Student Travel Award from the Design History Society, provided a wonderful opportunity to gather primary research relating to these two companies. I began by visiting Buffalo, which is perhaps most famous as a stopping-off point for visitors to Niagra Falls. During my trip I learnt that the Eastman Machine Company came to be situated in Buffalo because it was one of the first towns in the USA to be electrified due to hydro-electricity generated by the Falls. Eastman began producing manual, hand-held cutting machines in 1888, and it is now a fifth-generation, family-run business. My research has shown that Eastman cutters were widely in use by the blouse industry in Britain from 1913. By interviewing current CEO Robert Stevenson, a fourth-generation family member, I discovered many useful and interesting facts about the company. In addition, I viewed original cutting machines from the 1910s and a selection of company brochures from the period. Mr. Stevenson also included me in a conference call with a knowledgeable collector of cutting and sewing machines, who also gave me a lot of useful advice.

My next trip was to Madison, Wisconsin to the home of the Singer Manufacturing Company business records archive, held by the Wisconsin Historical Society (WHS) on the campus at the University of Wisconsin. This archive contains Singer's worldwide business records, stored in boxes and on microfilm. I pre-ordered materials to view, some of which were brought in from an off-site facility. Having already seen surviving machines and sales brochures from the 1910s held at the Singer archive in Glasgow, it was useful to read original business transactions, letters and telegrams at WHS. One of my many discoveries was an order for bespoke sewing machine benches for a blouse company based in Belfast. I recognised the name from the label of a blouse viewed at Worthing Museum, and had not realised that it was such a large blouse company.

A third research trip was to the Costume Institute at the Met Museum in New York to view surviving American-made blouses in the archive. The archive has been closed to researchers for 10 years and so I was extremely lucky to have one of the first appointments in the new facility. I was interested to compare manufacturing processes and design details with blouses made in Britain. To my surprise the American-made blouses were slightly different in construction. These research visits were extremely useful for providing missing information relating to my thesis, and I am extremely grateful to the Design History Society for their support.