Feature: Reflections on DHS 2017 Making and Unmaking the Environment (Part 2) 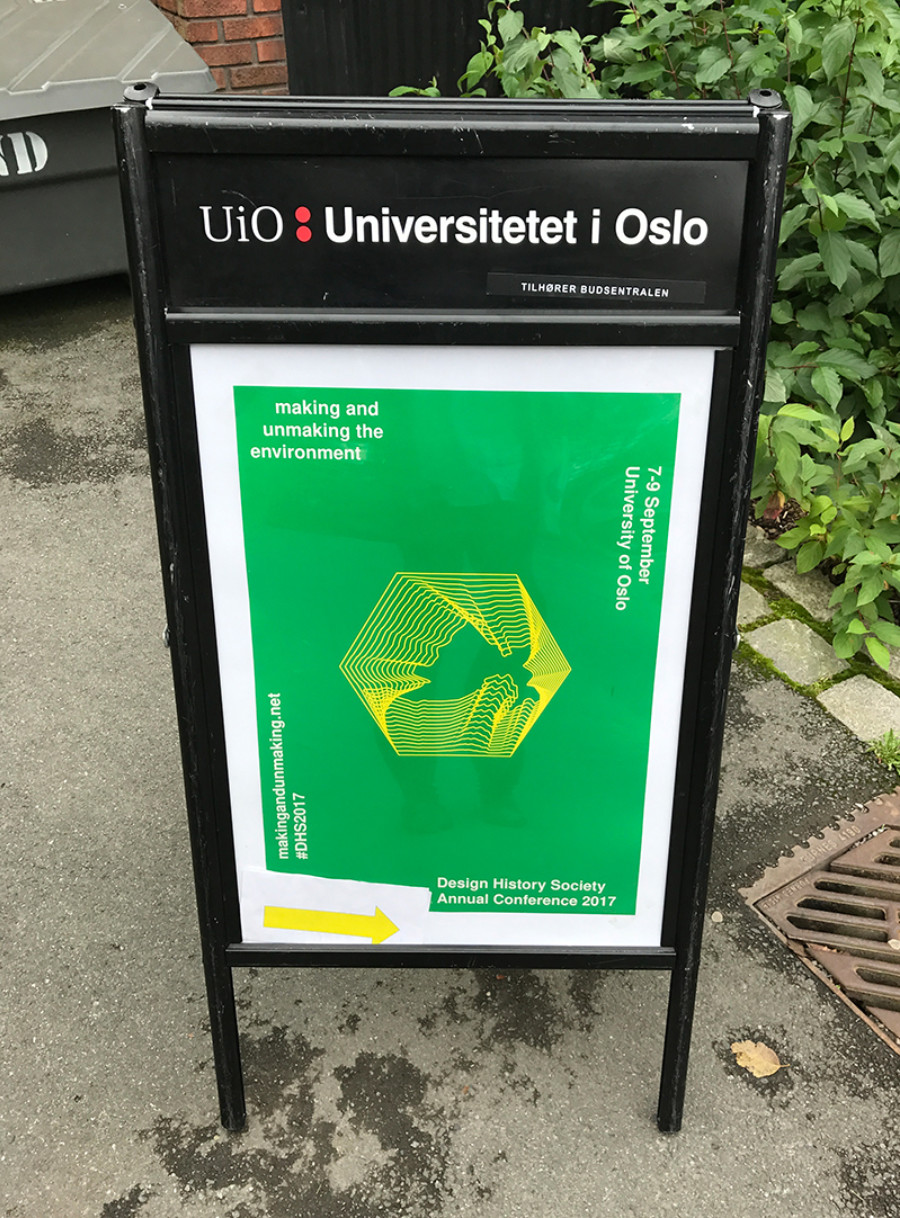 This post continues from Feature: Reflections on DHS 2017 Making and Unmaking the Environment (Part 1).

VC: The second day concluded with a keynote by Jennifer Gabrys, which discussed her project Citizen Sense, an initiative that includes working with Deptford and the surrounding area to collect environmental data. Gabrys began by introducing environmental sensing in relation to her book Program Earth, focusing on the sensations we have created with digital technologies, from the most minute to the widest scale. We are constantly surrounded by a 'ubiquitous computing', the embedded technologies in our environment making and unmaking it all the time. Where the internet is a scaffold for interacting with the world beyond our immediate environment, sensors are making an 'electronic skin' for the earth, a new layer for seeing the world. In many ways, sensors are making relations across a whole network of people, places, things and machines, allowing for communication between us, the planet, and everything else in between. All of this is happening as much in the present as it is in the future.

As our cities and technologies become smarter, what role then does the citizen play? Flipping the Orwellian idea of the smart city on its head, the smart city could instead be a way for citizens to read their everyday world. Constructing the city so that everyone becomes a data collector means that citizens become key to monitoring the earth and deciding what needs to be done. Part of this is aiding ourselves with the skills to make our own sensors, from kits such as Arduino and open-access software for making applications. A democratic tool box made of iPhones, Arduinos, Raspberry Pi and more allow for different ways to experience the city, reading the data and interpreting it collectively; particularly urgent as politicians repeatedly deny the effects humanity is having on the planet.

Citizen Sense has started to activate this home-made toolbox in their local area of southeast London. Trial and error field research allowed the participants to experience a range a senses through a variety of tech, and figure out what they can and want to monitor. After initially working with these tools, Citizen Sense gathered a network around Goldsmiths to start to collect data together, with special concern for the regeneration, or gentrification, of the area. They did this by developing the Dust Box, a ceramic data collector shared and developed with each collaborator for their own needs. The group helped to set up the dustbox in businesses and homes with things they want to record and what they want to do with the data. With the wider spread of data, the project attempts to contest with the opaque nature of environmental science, and thus on a local level, with privatised development. Such community action interacts with its local history of activism, coming up with new, powerful, technological ways of making their voices heard.

Peder Anker is our final keynote speaker at #dhs2017 #dhsambassadors17
A post shared by DHS Ambassadors (@dhs_ambassadors) on Sep 9, 2017 at 1:52am PDT

SS: The final day of the conference opened with a stirring plenary by Peder Anker, Associate Professor of History of Science at NYU Gallatin. Anker's paper was entitled 'Computing Environmental Design', and his fundamental line of argument was envisioning the computer as a tool that unifies humans and nature. To frame this, Anker focused on the architectural and planning projects of Russian-British designer Serge Chermayeff (1990-1996). Anker was particularly interested in the way Chermayeff extolled the Bauhaus views of environmental conservation and by way of introducing this, we heard of Chermayeff's involvement in the development of the national park at Cape Cod in the 1950s. For Anker, this project was emblematic of the Bauhaus desire to preserve traditional architecture, and plan and build in a way that was sympathetic to natural surroundings.

Chermayeff adopted this philosophy within his own teaching, we heard, establishing a course on 'environmental design' at Harvard's School of Design, which used computational tools as a unifying mathematical language across disciplines. This pioneering course led to the publication of the book Community and Privacy: Towards a new architecture of humanism in 1963, co-written with one of his students, Christopher Alexander. This volume brought the social responsibility of the architect to the foreground, arguing that planning and architecture needed to be formed in sympathy with the human condition.

Anker finished by discussing the 1964 conference 'Architecture and the Computer', held in Boston. This event brought together planners, historians, engineers, mathematicians and cartographers to discuss the synthesis of computer technology and architectural design. Papers were delivered by Chermayeff, Alexander and Walter Gropius, amongst others, but for Anker, this pivotal moment provided the basis for long-term strategies of integrating technological advances with the steadily growing and vastly complex world of the built environment.

To conclude our reflections on Making and Unmaking the Environment, the field of design history continues to expand and is further extended through the breadth of topics and variation of research methodologies. Coinciding with the 40th anniversary of the DHS, the conference was a testament to the growing boundaries of design history research - with workshops exploring how nature is perceived in cinema, to the sustainability of museums, and papers that discussed the Steampunk ecological aesthetic, the design of corporate campuses like Google and Facebook, industrial designers in the socialist GDR, a postcolonial study of databases for plant specimens, and even an analysis of fungi in the Netherlands. The event asserted that design and the environment are intrinsically interwoven, and perhaps even more so in a world that is increasingly technological.

Part 3 of our DHS 2017 blog series will further explore the places we visited after the conference: public spaces in central Oslo that put the historical and contemporary side by side. Here we ask, as Oslo experiences a period of regeneration, what then is the role of outdoor spaces as museums in preserving local architectural history?