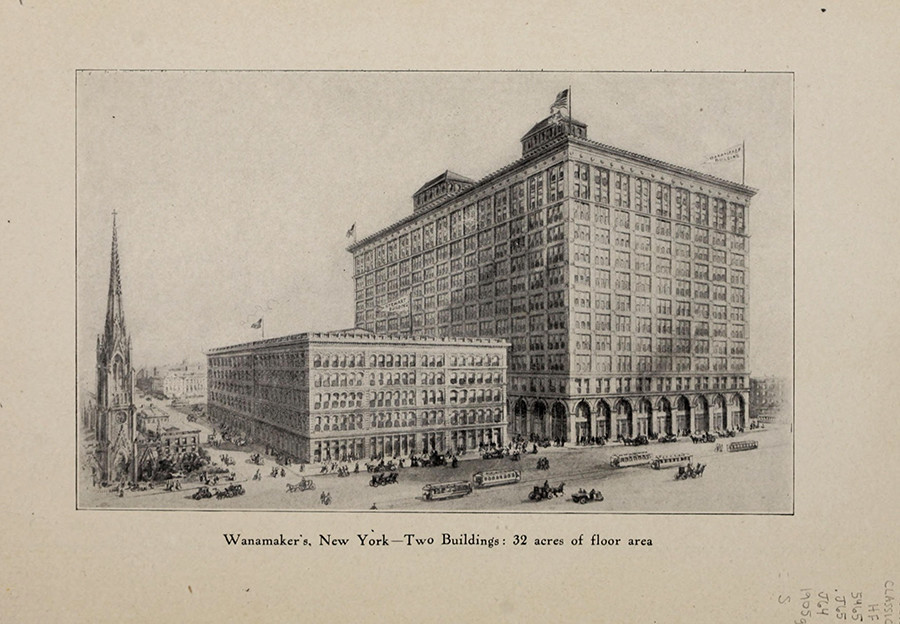 In September 2018, design historians gathered in New York City for the DHS Conference 'Design and Displacement'. All the more urgent in the current global landscape, the event offered a diverse range of perspectives on the topic through a fantastic programme of panels and three awe-inspiring keynotes.

DHS Ambassadors Vivien Chan (VC) and Simon Spiers (SS), and Student Officer Lydia Caston (LC), documented the conference live on the DHS Ambassadors Twitter and Instagram. For this reflective blog series, we decided to round-up highlights under different topics and themes in order to review the different discussions surrounding displacement. This is part two of a three-part series.

LC: Displacement is bound to identity politics, and design plays a pivotal role in constructing various identities. In this panel, three poignant papers zoomed in on historical and contemporary case studies in which identities have been designed. Katherine A. Vann discussed how natural history museums create, design and display ideas of indigeneity. Whilst the exhibition of indigenous communities specifically at World Fairs have already been widely discussed in design history, Katherine turned the focus to the ethnological plaster casting of displaced Native Americans' faces and busts. The historiography of these life masks, today displayed in their thousands across the American Museum of Natural History and spaces like the Parisian Musée de l'Homme, has tended to approach these objects as an assemblage of scientific and anthropological data. Katherine was quick to point out, however, the significance of these casts as representative of a once living individual. With the intention of weaving individuals' agency back into their own narrative, this paper discussed the lives and eventual casting of thirty-three Lakota Indians, who performed in a Wild West-themed show at Coney Island in 1903.

Made of plaster, the artefacts and their legacy face a greater challenge in contemporary museology. Indeed, these life masks are not subject to the 1990 Native American Graves and Repatriation Act. They do, however, hold emotional weight: as casts are physically placed on the body of the Native American, they represent a space once occupied by a living individual. Rather than simply viewing them as relics of an occupied society, this paper challenged the masks' status and celebrated them as representations of living Americans' ancestors. For Katherine, casting was a reciprocal process; a cooperation between caster and castee. Plaster casting provided a mode for self-narration and the possibility to mould oneself into a historical narrative.

The following paper raised questions about designing national symbols in tourism industries. Whether a kitsch fridge magnet, a landscape postcard, or a miniaturised monument, souvenirs create a sense of a place. Analysing artist Gabriela Bustamante's To Kiss or not to Kiss (2015) ongoing project, Javier Gimeno-Martínez argued how ideas of a nation can be imagined through the subversion of national symbols and perceived traditions. This project caused controversy when it first emerged. It explicitly referenced a famous souvenir from the Netherlands depicting two ceramic figures, a boy and a girl, clothed in Dutch folk dress and leaning to kiss one another.

Bustamante's versions are intended to depict a more inclusive representation of the Netherlands' many ethnicities, and claims to portray the clothing of couples from China to Suriname, Turkey to Indonesia. However, this work has not only been deemed controversial in the Netherlands for its distortion of this symbolic kiss, but Gimeno-Martínez's paper also sparked an energetic debate in the conference room. The very idea of creating international versions of the souvenir by changing their clothing is problematic. These new additions design the country's individuals as strict ethnic stereotypes. Effectively, defining national identities seems to be an impossible task. National identity is ever-changing and has a growing pool of stakeholders that contribute to it.

The final paper, presented by Judith Camille Rosette and Giselle Joyce Nadine de la Peña, moved away from Euro-American histories to highlight the themes of agency and hybridity in the Philippines. Opening its doors in 1973, the Design Center was set up to introduce and expand local industrial design practices across international export markets. Dissecting notions of "good design" bound to European and American markets, the Center was highly involved in promoting a sense of Filipino identity in its output, marketing pieces as hybrid work. Artisans attached to the Center used locally-available raw materials, drew on the natural colour scheme of their surrounding landscapes, and applied motifs from the country's indigenous minority groups to their products. Whilst in tune with global modernist movements, the Center held an important agenda in constructing narratives of a united and progressive Filipino identity.

Together, these three papers considered themes of agency, or the lack thereof, in the designing of identity and pointed out the negotiations that occur between makers, consumers and those represented by the designed objects, unpicking the power structures that inevitably influence them.

SS: The panel "Interiors: Public and Private" featured a number of papers that dealt succinctly with the crossover and interplay between the supposedly public places to display designed objects, such as the museum or commercial spaces, and the more private domains of the domestic interior. Dr Emily M. Orr's paper "Redecoration, Renovation and Modern Retail at Wanamaker's New York" explored brilliantly the blurred line between the modern space of the department store – with its cast-iron and glass structure creating a new "urban monument" in the skyline of New York City – and the domesticity of the furnished interior. We heard of Wanamaker's innovative use of the "House Palatial", a 24-room house, fully furnished to display the goods available to the department store's customers. This innovative device of marketing and advertising used displaced periods, styles and commodities to engage the twentieth-century shopper in a new era of retail, and was concurrent with the changing landscape of the commercial districts in New York City.

Peder Valle, Assistant Curator of Design and Decorative Arts at the Nasjonalmuseet in Oslo, presented thoughts on the museum's current project of redisplaying and reinterpreting a period room, which has undergone changes in configuration, designation and meaning through becoming a "museum object". Focusing on the biography of a set of early nineteenth-century interiors acquired by the National Museum of Oslo, known as the Solliløkken house, Valle discussed the idea of a "displaced interior", and how the museum had classified and reclassified the interior as an assemblage of objects taken out of context, replaced like for like, and even served as the museum café. Valle's paper raised interesting questions about the many layers of interpretation that museums utilise when objects are lifted from their original setting, particularly as the speaker deftly weaved this display into the narrative of the development of the design museum in Oslo, and how these epistemological concerns have been handled over time.

Paul Chaat Smith, Americans Exhibition at the National Museum of the American Indian

VC: For the closing keynote speech, we were joined by Paul Chaat Smith, author and essayist on the contemporary landscape of American Indian culture and politics, and associate curator at the National Museum of the American Indian (NMAI) in Washington DC. His keynote "Curatorial Strategies: Collections, Displacement and Identity" explained the thinking and tactics of the Americans exhibition, which opened in January 2018. The idea was to completely rethink how to present and curate Native American history. The goal was to unsettle the common notion of what it means to be American precisely by recontextualising the narratives constructed by Euro-American history. Working with designers, they used four "legendary" narratives of the Native American - the tropes that have long been used to fetishise, vilify, or justify Native American existence within Euro-American history: Thanksgiving, Pocahontas, The Trail of Tears, and The Battle of Little Bighorn. The exhibition is designed to be easily recognisable and unthreatening, where audience members from all walks of life enter with a sense of security, and leave asking questions. Chaat Smith calls this tactic of reconstructing these well-known narratives a kind of "jiu jitsu" curation. Having spent several days thinking about design, displacement, and how these ideas work in museums and in the world, I had the opportunity to visit the Americans exhibition myself a week later.

After a week of exploring some of New York City's perhaps more liberal areas, visiting The Mall in Washington DC for the first time was a culture shock. Although lusciously green and pristinely kept, the superficial monumentality of the space makes it understandably alienating, further exacerbated by the current political landscape. The National Museum of the American Indian (2004), and the recently-opened National Museum of African American History and Culture (est. 2003, opened 2016) are two of the newest additions to The Mall. As Chaat Smith had mentioned in his presentation, the NMAI has to compete with the "experiential" and maybe "guilt-free" exhibitions featuring dinosaurs and rockets in the neighbouring museums. With a different air in the country under the current presidency, the Americans exhibition was an attempt to use and subvert the language around Native Americans - of belonging and of identity - to change the minds of the many possible Trump-supporting visitors that the museum might receive.

Of all the exhibition spaces, the central gallery does the most to overcome these problems. On entering, the space is filled with objects and images on all four walls, presenting "250 years of the American Obsession with Indians" - fruit boxes, posters, logos, motorcycles, coins and more products all "decorated" with both real and fictional figures. What at first glance feels like a colourful display is much darker on closer inspection, particularly in an age of revived open racism. Appropriation, for instance, has been one of the many ways Native American bodies have been fetishised and caricatured, and it can be discomforting to be faced with such images. At the same time, the labels neither explicitly politicise nor gloss over this appropriation; interestingly, the collection is instead reframed and renarrated as potentially empowering.

While this at first could seem unconvincing, Chaat Smith argued in his keynote that this collection can actually be a demonstration of how images of Native America was used to represent a rich and powerful America. Donning the shirts of hypermasculine American football players, wrapped around Land O'Lake butter in American refrigerators, etched on the side of every nickel, printed on thousands of boxes of California oranges sent across the globe, these objects are highly visible and interact with American daily life. Rather than a linear history or a clear politics, this first gallery demonstrates that Native Americans have always been deeply entangled in American culture, used for the most mundane to the most devastating representations of the country. Immediately you can recognise the thought-provoking twist of "history" - that Native Americans have indeed always been the "true" Americans.

Read part 1 of this blog series.