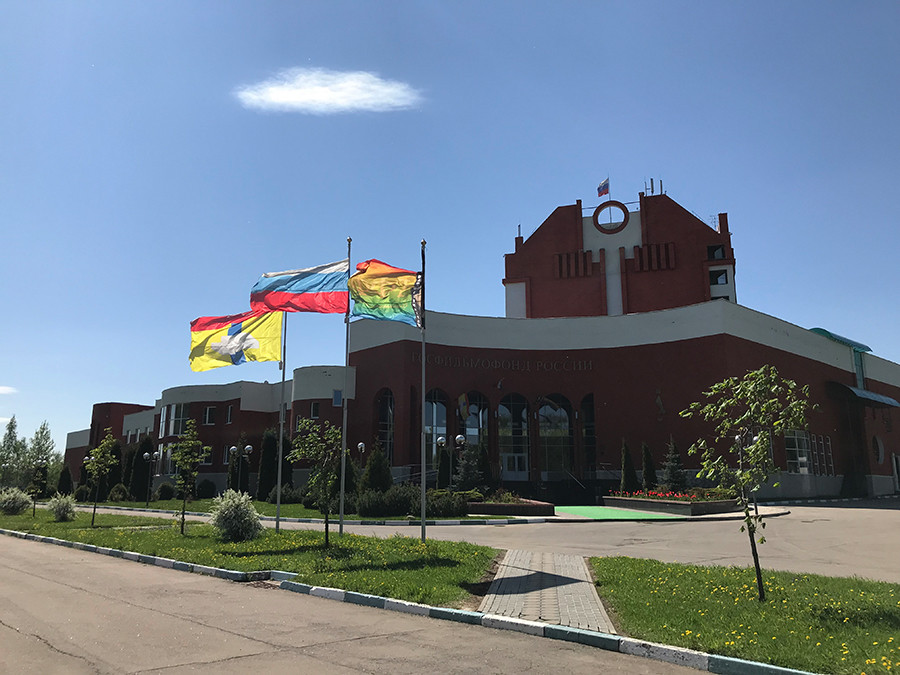 Thanks to the generous support of a Student Travel Award from the Design History Society, I was able to undertake a five-week research trip to Moscow, Russia, where I conducted archival research for my doctoral thesis, 'The Kino-khudozhnik and the Material Environment in Early Russian Fiction Film, c. 1907-1930'. My thesis examines the contribution of set designers, referred to in Russian as kino-khudozhniki (cinema artists), to the technical, aesthetic and ideological aspects of early Russian and Soviet fiction cinema in the context of its development as a new national industry and a new art form. In comparison to the many director-focused studies of Russian cinema, it considers film as a collaborative endeavour – an idea that held ideological significance during the early Soviet era. In so doing, my thesis intends to provide an insight into the dynamics of studio film-making during the period, highlighting the role that available technology, the studio environment and professional partnerships, as much as the creative visions of individuals, played in the evolution of cinema aesthetics.

With very few published sources existing on set design in Russian cinema, archival documents form part of the core evidence of my doctoral research. During my research trip, I sifted through correspondence between film-makers, contractual agreements and film-makers' memoirs housed at the Russian State Archive of Literature and Art (RGALI). As well as shedding light on issues relating to the working practices of set designers, including the nature of their collaboration with other film-makers, terms of studio employment and innovations in set design technology, archival documents also revealed much about how Russian film-makers understood the nature of cinema set design in relation to the other arts. In several versions of an unpublished article, entitled 'The Differences between Cinema Set Designers and Theatre Set Designers' (1954), one of the most prominent set designers in early Russian cinema, Vladimir Egorov, argues that the film screen is best understood as a pictorial surface, and that cinema set designers should draw on representational conventions from the tradition of painting to create visual impact. Illustrating his texts with reproductions of paintings, Egorov demonstrates how pictorial conventions directly informed set compositions, lighting techniques and camera angles in early Russian cinema.

In addition to consulting documents housed at RGALI, I also visited the Gosfil'mofond State Film Archive at Belye Stolby, just outside Moscow. Here, I was able to watch films unavailable to view elsewhere that I had identified from reading contemporary press reviews as being particularly relevant to my research. A number of the films that I viewed will become case studies in my thesis, thus making material held in Russia more widely available. Additionally, reading original film scenarios and production records reaffirmed that for many film-makers the material environment was crucial to the meaning of a film. As an example, Valentin Turkin's scenario for the 1927 film 'Girl with a Hatbox' (Devushka s korobkoi) pays particular attention to how characters relate to one another through their interaction with material things. This suggests how we might understand sets to function in cinema as agents that aid in the construction of identities, living practices and social relations between characters.