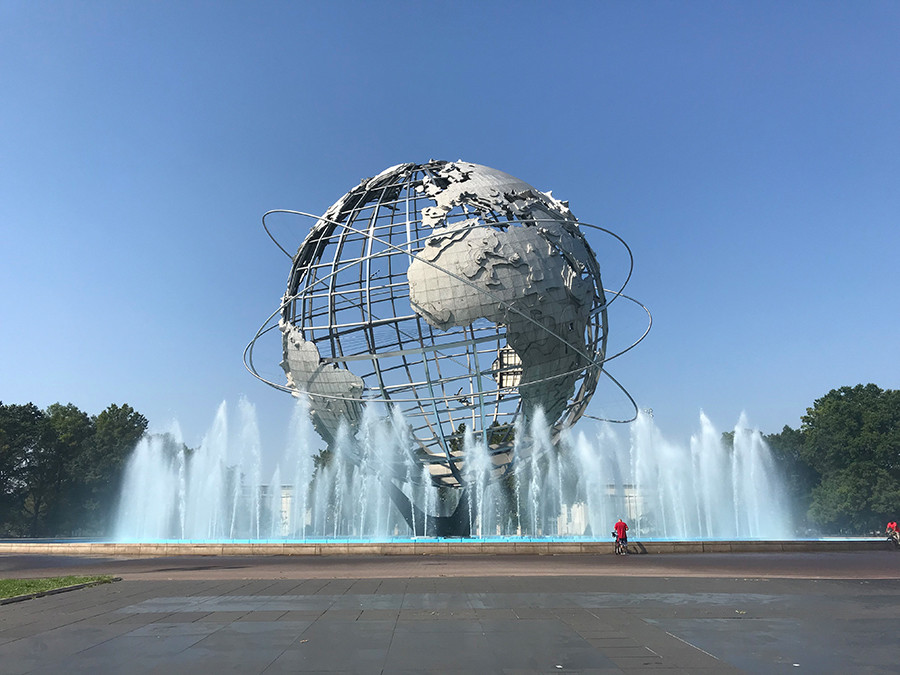 I was thrilled to receive a Design History Society Research Travel & Conference Grant. This award gave me the opportunity to present my research at the Society's Annual Conference, held at Parsons School of Design in New York City on 6–8 September 2018. The conference theme, Design and Displacement, has a powerful historical and contemporary global relevance, while New York City provided an excellent location for scholars from across the globe to meet, network and share their research. The siting of the conference also informed a series of tours and events, including visits to the Cooper Hewitt Smithsonian Design Museum, and the home of mid-century architect, Paul Rudolph, as well as a walking tour of Flushing Meadows, the site of the 1939–40 and 1964–5 New York World's Fairs.

This was the second Design History Society conference to be held in the United States. The papers and debates amply reflected both the specificity of the North American context and a wide range of international perspectives on design, politics and society. On each day of the event, a stimulating keynote paper was delivered. The first, 'Being in the World & Displacement: So Where is Design', delivered by Tony Fry of the Universities of Tasmania and Ibagué, put forward his provocative perspectives on the potential of design to impact society worldwide.

The second speaker, Mabel O. Wilson, Professor of Architecture at Columbia University, delivered her keynote on 'Provisional Demos - The Spacial Agency of Tent Cities'. In this paper, Wilson eloquently placed a case study of a tent city in Washington in 1968 within the wider contexts of the history of race politics in the USA, while also sharing recent examples of tent cities. The closing keynote paper, 'Curatorial Strategies: Collections, Displacement and Identity', was delivered by Paul Chaat Smith, Associate Curator at the National Museum of the American Indian. He discussed the complex issues connected to developing the exhibit 'Americans', which aims to communicate the history and identities of native Americans to a wider public audience.

The diverse range of papers delivered in the parallel panels demonstrated the richness and global reach of the conference theme. One broad topic that was addressed from a variety of new perspectives was the impact that the displacement of design and designers had on the development and dissemination of modernism before and after the Second World War. Papers that addressed this subject included Katarina Serulus's 'Transatlantic Design Cultures During the Cold War: Belgo-American Exchanges in the Mid-1950s', Alison Kowalski's '"Nordic Modern of the Midwest": Pipsan Saarinen Swanson's 1955 Model Home for LIFE magazine', and Elizabeth St.George's 'Antonin and Charlotta Heythem and Humanist-Centered Design'.

Another key theme that was addressed in a large number of papers was the global displacement of people and its relationship to design in the twentieth-century and more recent times. This topic was addressed in a myriad of ways within parallel sessions, like 'Topics in Displacement: Africa', 'Topics in Displacement: Latin America', 'Borderless Spaces', and 'Shelter and Disaster'. A diverse range of papers related to displaced styles, technologies and objects - from cigar box guitars to Vietnam tour jackets - also made a lively contribution to the conference debates.

My presentation was placed in a session titled 'Transparency, Translation and Appropriation'. Fellow panellist Freyja Hartzell's paper, 'Enemy of Secrets: The Invisible Force of Interwar Glass', considered glass architecture and objects created in Germany in that pivotal era of design innovation and political strife. In her presentation '"Victorientalism": Steampunk Design and the Politics of Cultural and Temporal Displacement', Sally-Anne Huxtable discussed the ways that this contemporary form of visual and material culture has drawn upon and critiqued nineteenth-century Orientalism. My paper, 'High Sunderland: Cultural Exchange and the Home of Transnational Designer, Bernat Klein', explored the interwoven narratives of that designer's personal and career biography, and the design evolution of his family home. Through its analysis of High Sunderland, the paper made connections between a range of local contexts, from Jerusalem to the Scottish Borders, relating these to wider global narratives about displacement, persecution, cultural exchange, design and the meanings of home.

As an independent researcher I am immensely grateful for the generous support of the Design History Society, which allowed me to present my research to an international audience. The grant and conference opened up exciting opportunities to develop and discuss my research with peers, and to publish it in future.