Exhibition and Symposium Report “A Queer History of Fashion: From the Closet to the Catwalk” 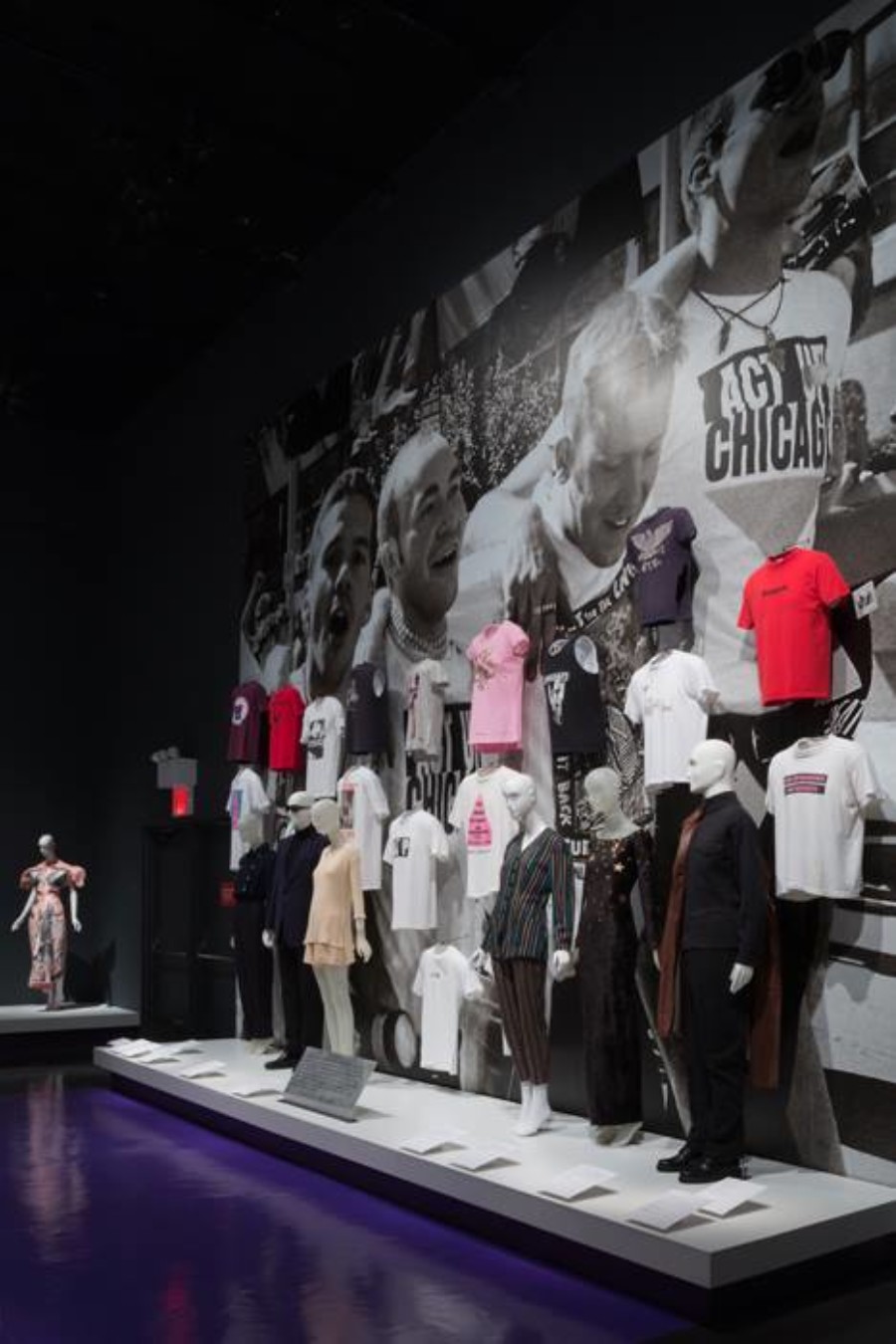 Curated by Dr Valerie Steele, director and chief curator, and Fred Dennis, senior curator of costume, “A Queer History of Fashion: From the Closet to the Catwalk” opened at the Museum at the Fashion Institute of Technology (MFIT). The exhibition and its catalogue make a much-needed response to the important and woefully under-acknowledged ways that Lesbian, Gay, Bisexual, Trans and Queer communities (LGBTQ) have impacted fashion and its history over the last three hundred years. In addition, organisers hosted a free symposium on November 9th and 10th: the line-up of speakers included fashion curators and designers, historians of sexuality and cultural commentators who presented papers spanning topics as chronologically and thematically diverse as the clothing on display.

The exhibition and symposium acknowledged the systematic historiographical silence and sociological oppression which has occupied and often consumed LGBTQ scholarship, and made particularly welcome inroads towards recognizing this area’s almost complete absence from the field of fashion history. However, the nuanced curation and the symposium’s eclectic range of speakers, ensured that discussions of LGBTQ fashion history were progressive, as opposed to reiterating narratives of victimhood and marginalization. As a result, “A Queer History of Fashion” was celebratory, triumphantly documenting, often for the first time, the pivotal role played by LGBTQ designers, models, activists and audiences in fashion history.

Chronological in its layout, “A Queer History of Fashion” begins with an 18th century mollie outfit before meandering through lesbian 1930s chic and Chanel, Balenciaga and Dior, then assessing pre- and post-Stonewall LGBTQ fashion micro-enclaves. This trajectory is broken halfway to address the disastrous and traumatic effects of the AIDs crisis: a long wall of protest and slogan T-Shirts from the ‘80s and ‘90s are hung on invisible mounts, and the hollow garments give the audience pause to consider the now absent bodies which once filled them. After this critical turn the exhibition continues, displaying catwalk designers’ enduring fascination with LGBTQ street styles including a thoughtful look at the presence of the suit. A pair of Dandy-esque ensembles worn by lesbian couple Hannah Barrett and Laurel Sparks on their wedding day in 2012 makes up the finale, leaving visitors with the message that the history of gay rights is also a history of human rights.

A central theme in the exhibition explored sexuality, asking if it can be understood as a historical force or creative actant in design history. The symposium also explored, but correctly tried not to define, what a queer sensibility in fashion might mean historically, aesthetically and politically. Day one of the symposium involved Simon Donnan, the creative ambassador-at-large for Barneys New York, in conversation with Fred Dennis, where he suggested a powerful “creative rage” was visible in gay designers’ collections during times of oppressive homophobia. In a talk entitled “Do Gay Clothes Have More Fun?,” Hal Rubenstein, fashion director of InStyle, argued that a gay sensibility in fashion was derived from the bodies within the clothes, as opposed to the clothes themselves, suggesting the maxim “clothes make the man” should be reversed. The question of what a queer sensibility might look like was approached from a variety of other angles, including a witty repartee between Fran Lebowitz and Steele and an in-depth analysis of the dress and music of Janelle Monáe by Dr Monica L. Miller, author of Slaves to Fashion: Black Dandyism and the Styling of Black Diasporic Identity.

The second day of the symposium delivered a historical imperative to recognise dressed bodies as LGBTQ: Reina Lewis from the London College of Fashion performed a vignette on techniques of the dressed lesbian body and fashion consumerism, while Jonathan Katz’s paper identified the transgressive possibilities of the slogan T-Shirt in gay activism through highlighting not only the people who wore them, but the environments in which they were worn. The symposium also explored LGBTQ influences in couture: Dr Christopher Breward examined the secretive and anxious climate that surrounded 1950s gay male couturiers evidenced in their autobiographies and biographies. Ralph Rucci led a personal discussion about his career as a gay womenswear designer, and Randulph Trumbach presented his research into man-milliners and macaronis in the 18th century.

Both the symposium and the exhibition documented a history of LGBTQ fashion where little discourse had previously existed. Steele, Dennis and the coterie of speakers, made significant efforts to begin formulating a scholarly model that addresses the silence of LGBTQ histories in fashion history, without letting its absence become the determining factor in its study. “A Queer History of Fashion” allow LGBTQ people to tell the extraordinarily ordinary stories of how LGBTQ people have interacted with fashion throughout history: to self-identify, to identify to others, to protest, to hide, or to navigate otherwise uncertain territories through clothing that merits scholarly attention.