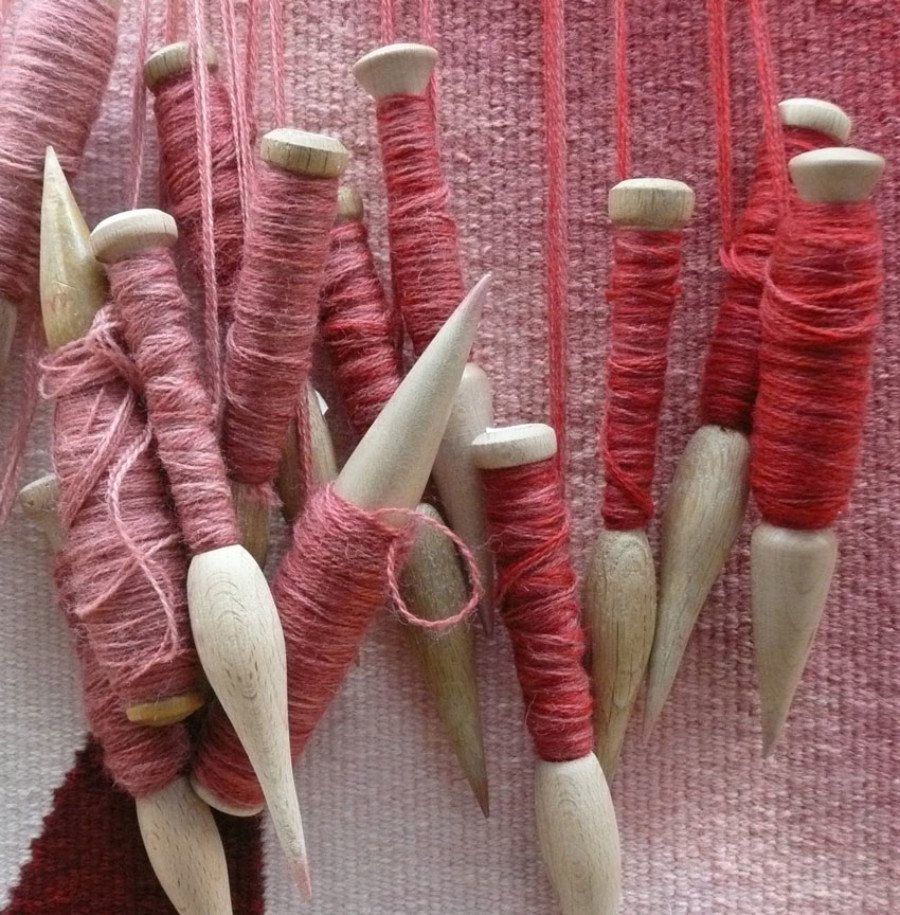 Funded by the Leverhulme Trust, the ‘Artisans and the Craft Economy in Scotland, c.1780 – 1914’ project investigates the world of artisans and craft in Scotland, demonstrating that the craft economy was not destroyed by industrialisation, but rather it adapted and changed.

As the project comes to an end this Autumn, the University of Edinburgh held a conference on the 9th June entitled ‘Artisans and Craft Production in 19th century Scotland’, which saw eight speakers talk on a range of subjects including Ayrshire whitework, pebble jewellery, and Scottish silver. Given my own research centres on 20th century studio pottery, I went in to the day with little knowledge of the crafts open for discussion. However, there were common themes throughout all the talks that would appeal to any craft or design historian.

Key to the day was the relationship between craft and industry. As put forth by both Stephen Knott (Kingston University) and Annette Carruthers (University of St Andrews), craft is popularly positioned as the antithesis of industry, informed by the polemic of William Morris and the Arts & Crafts Movement. Carruthers’ talk examined the significance of the Arts & Crafts Movement as it developed in Scotland. Central to the Arts & Crafts thinking was the notion of ‘truth to materials, honesty of construction and fitness for purpose’. In this ideal the artist and artisan worked together, with as much an emphasis placed on the process of making as there was on the end product. In bringing together the artist and artisan, the class divisions were allowed to merge, where the middle-class could engage in manual labour, and the skills of the working-class artisan were elevated. Despite the evidence that craft production can have a significant impact on the wider economy, the idea of craft as an amateur activity can be used to diminish and undervalue its importance. However, Stephen Knott argues that, during the Arts & Crafts movement, amateurism was praised, particularly if it derived from an authentic naïve rural practice. The act of making was an act of social, and spiritual, improvement.

As Glenn Adamson writes, the accepted story of the Arts & Crafts Movement has all the necessary components: the ordinary craftsman is the victim, industry is the villain, and William Morris is the hero (Talking Through Craft, London: 2007). The reality of the craft economy is much more nuanced. A number of the talks at this conference offered carefully researched examples that demonstrated the failings in our simplified view of the craft and industry relationship. Not only were the two not at odds with each other, they were deeply intertwined in a complex network of give and take. This was particularly clear in Sally Tuckett’s talk ‘Women and the Ayrshire whitework industry in Scotland’ (University of Glasgow). At its height around 1850, there were 25,000 women carrying out whitework, an intricate form of white on white embroidery. The success of Ayrshire whitework was dependent on Scotland’s cotton industry. The decline of the craft in the latter half of the 19th century can be attributed to the changes in fashion but can also be strongly tied to the changes in the cotton trade. In her talk on glass-painting, Sally Rush (University of Glasgow) also demonstrated the link between craft and industry. The spectacle of glass paintings relied on the production of quality glass and the production of quality colours. Rush demonstrated that the rise and fall in glass painting went hand in hand with the rise and fall of kelp farming, kelp being a key ingredient in the production of the superior Dunbarton glass. Although Tuckett and Rush both offered examples of craft whose popularity was short-lived, Clive Edwards (Loughborough University) offered an analysis of the furniture trade. Changes in manufacturing techniques had a great impact on the production of furniture but craftsmanship or workmanship was still greatly valued.

The issue of authenticity and craft was also central to the talks. George Dalgleish (National Museums Scotland) discussed Scottish silver and the ‘Celtic Revival’. The ‘Celtic Revival’ of the 19th century was inspired in part by the publication of James Drummond’s work Ancient Scottish Weapons, and by the large amount of artefacts unearthed as railway lines were built. The Celtic crosses and knots we think of as ancient examples of Celtic art often derive from this period as makers replicated (and patented) the examples they saw in Drummond’s book and in museum collections. A wander through the more touristy locations in Edinburgh will confirm that the demand for all things ‘Celtic’ has not waned since the 19th century. Sarah Laurenson (University of Edinburgh), a PhD candidate attached to the project, delivered a talk on Scottish pebble jewellery. Central to her research is object narrative and the transformative nature of turning found objects into desired goods for consumption. Pebble jewellery during the 19th century spoke to the Victorian desire for nostalgia and nature. This was not an ‘amateur’ craft: not only did it require skill in smoothing and turning the pebbles, the designs were carefully constructed and patented.

As a researcher who finds great interest in the archive and the resulting narratives that emerge, I found Stana Nenadic’s talk particularly interesting. Leading the Artisans and Craft project, Nenadic and her colleague Keren Protheroe have fully utilised photography collections that focus on images of artisans, both in portrait and at work. Not only do the photographs themselves represent an emerging craft of the time, the images of blacksmiths, weavers, needle-workers, and builders, illustrate something of the day to day life and social conditions of these craftspeople. However, they were also produced to fulfil the Victorian desire for spectacle and nostalgia and therefore they are complex records to decipher.

In examining the craft economy of the 19th century, it would be interesting to consider the changes and developments that have led us to a very different model of craft economy today. As consumers, we are more conscious of where objects come from and how they are produced. Online platforms such as Folksy and Etsy have made it easier than ever to buy ‘unique’ goods, and we can take pride in making purchases direct from the maker, even if that maker lives on the other side of the world. In many ways the craft economy is booming, but as consumers we are still directed by our understanding of taste and value.

For further information on the project see: https://artisansinscotland.wordpress.com/