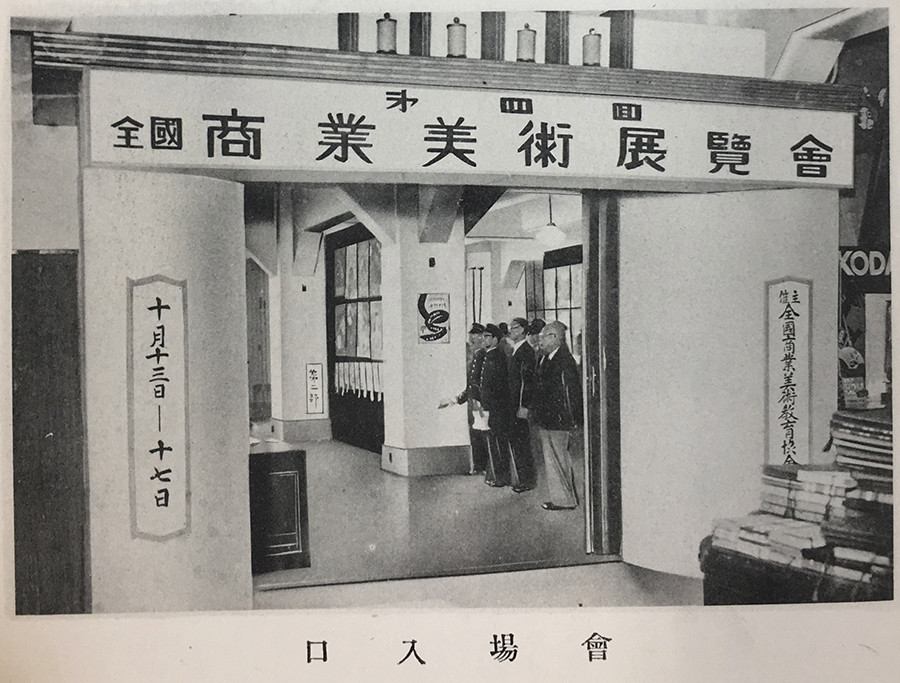 During a research period in Tokyo, I was able to study and gather materials for a significant case study regarding Korean and Japanese commercial art education by reviewing a collection of Japanese exhibition catalogues.

The Tonga Ilbo Commercial Art Exhibition (Tonga Ilbo Sangŏmmisul Chŏllamhoe), held in Korea in 1938 and 1939, was a poster and newspaper advertisement design competition and exhibition for secondary commercial school (sangŏp hakkyo) students. The contest, hosted by the most prominent Korean-language newspaper company, Tonga Ilbo, is an interesting case in the history of Korean graphic design and advertising. It was held for only two years, yet it was one of the most publicly promoted events regarding commercial art in Korea before the end of World War II. The contest had been mentioned in Korean advertising histories as an 'unusual' incident, but its details and colonial implications have largely been overlooked. This was perhaps due to the lack of related records, except for the 'on-paper exhibition' (chisangjŏn) of the prize-winning works published in the newspaper.

The shortage of materials regarding Tonga Ilbo Commercial Art Exhibition could be complemented by studying its Japanese equivalent, the Japanese National Commercial Art Exhibition (Zenkoku Shōgyō Bijutsu Tenrankai). The catalogues for the Japanese exhibition, held annually between 1934 and 1940, are housed in the National Diet Library and the Tobunken Library. The examination of the catalogues revealed that commercial school students in Korea had been participating in the Japanese exhibition as early as 1936. The success of the exhibition contributed to the popularisation of commercial art as a discipline in Japan, and it had influence in the colony as well.

Moreover, closer analysis and comparison of the winning works of the Korean and Japanese exhibitions suggest that there was no significant gap between the empire and the colony in terms of style and general student performance. By the mid 1930s in Japan, standard modes of expression in professional graphic design was prevalent, such as applied photography, simple geometric forms, and airbrush or gradient effects. These were passed on to the educational level, not only to the students in the 'mainland', but also to those in the colonies. In other words, at least on the surface, images that conformed to Japanese modern and professional design was produced in the colony as well.

However, when the graphic design field in colonial Korea is examined more closely, and especially when it is compared to the Japanese context, the lack of infrastructure sustaining these productions becomes evident. That is, the absence of higher education in arts, limited professionalisation of design, and relatively weak industries to engage in and support advertising.

This case study of the Tonga Ilbo Commercial Art Exhibition and the Japanese National Commercial Art Exhibition constitutes a chapter of my thesis where I contrast the superficial gloss of prewar commercial art to the fragile social and economic realities of colonial modernity. I would like to thank the Design History Society once again for supporting the archival work essential for my research project.

This blog post belongs to a two-part report, the first of which can be accessed here.