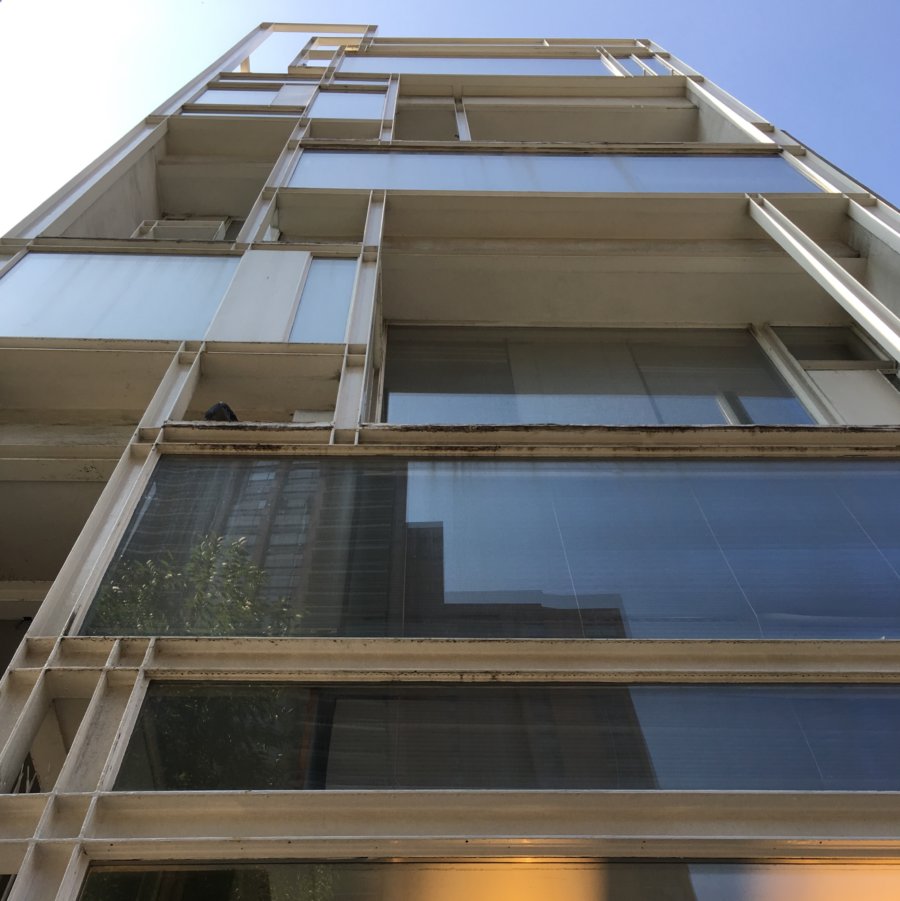 I am grateful for this opportunity to convey my deep thanks to the convener of the 2018 DHS Conference, Sarah Lichtman (Parsons The New School for Design), and to the Design History Society for supporting my participation in the conference with a Student Bursary. Design and Displacement marked my first experience of the DHS annual conference, and like so many others I was highly energized by my encounters with the plurality of voices and current ideas in our field. Amid the many productive and provocative interpretations of the theme of displacement represented at the conference, in which the timely and human-centric issues of indigeneity, labor displacement, and global refugee crises loomed especially large, I was struck by a smaller sub-thread of the conference. Several talks focused specifically on the dislocation and mobility of matter itself—the raw stuff of our material world—as a fertile field for design-historical analysis.

Two such papers have already been covered in other reports on the conference, so I mention them here only briefly to illustrate my meaning. As described in a reflection by DHS ambassador Simon Spier, the paper “Displaced Matter: Cast Iron in Second Empire France” by Amy F. Ogata (University of Southern California) touched on the displacement of communities through the urban reconstruction of Paris—of which cast-iron balconies, street lighting, and other fixtures were a highly public material manifestation—but the metallic matter of cast iron itself, and its meanings in this period, were an equally important element of her analysis. Dr. Ogata explored how these dramatic industrial and urban transformations, made visible through cast-iron designs, relied on networks of mining, fuel production, and transportation that effected an upheaval of both physical and social landscapes as important to understanding the period as the better-known Haussmann plan for Paris.

As fellow Bursary recipient Fiona Anderson discusses in her report, Freyja Hartzell (Bard Graduate Center) also dealt with material-as-matter in her talk “The Enemy of Secrets: The Invisible Force of Interwar Glass.” For me, Dr. Hartzell’s talk brought to mind the pre-conference visit I had attended at the Modulightor Building, designed by architect Paul Rudolph (administrated by the Paul Rudolph Heritage Foundation and continuing as the home of Modulightor, a lighting company Rudolph co-founded with Ernst Wagner in 1976). In Rudolph’s own duplex residence within the Midtown building, he relied heavily on ideas of transparency and interpenetration, closely engaging with the material affordances of glass. In that dynamic architectural space, juxtaposed with the cultural conceptions surrounding the transparency and ductility of glass that Dr. Hartzell discussed, I see intriguing openings for thinking about light as a kind of material (whether wave, particle, or somewhere in between) that, in its interactions with matter, can facilitate or subvert the human relationship with space. Building on recent studies on the role of electric light in architectural and urban history, design scholars might further explore this dimension of the designed world—easy to see but difficult to touch and, perhaps, record or historicize.

A third talk explicating the role of matter in the culture of design was delivered by Iris Moon (Metropolitan Museum of Art) in the excellent panel “Exiled Landscapes in Nineteenth Century France,” chaired by Richard Taws (University College London). Dr. Moon’s paper “Fragile Terrains: Making Porcelain and Picturing Extinction in Cuvier and Brongniart’s Essai sur la géographie minéralogique du Bassin de Paris” drew several resonant parallels between early-nineteenth-century French geological studies and the new social landscape of France in the post-Revolutionary decades, when the assumed permanence and stability of the nation’s physical and cultural ground were cast into doubt. Focusing on the geological career of Alexandre Brongniart (best known as the director of the state porcelain manufactory under Napoleon) and his collaborator, natural scientist Georges Cuivier, Dr. Moon made a convincing case that the new kinds of knowledge produced by scientific encounters with the matter of earth and stone in turn weighed on the forms, production, and meaning of French porcelain—a material culture itself closely tethered to the displacement of terrestrial matter.


I was perhaps especially primed to notice papers that engaged with notions of matter in both raw and worked states, since my own contribution to the conference treated the extraction and displacement of coal in nineteenth-century Britain, and how the design professions grappled with the material’s unruly nature and the nation’s deep economic reliance on it. Together with Grace Lees-Maffei (University of Hertfordshire) and her paper “Touching Displacements: Making by Hand, Machine Manufacture, and Tactile Visitor Experience in England’s Post-Industrial Heritage Museums,” our panel presented multiple strategies for getting at the material underpinnings of the industrial age through the structural flows of matter, energy, and labor, rather than (or alongside) the more typical focus on the work of specific designers or object-based analyses of production.

These papers can all be positioned among a broader scholarly discourse of recent years that attends closely to the agentive possibilities of matter. Long the domain of conservation scientists or materialist philosophers, the nature of matter and the lives of materials have also structured some historical inquiries of the medieval and early modern periods, while scholars of the ancient world often have a keen eye for the extraction of resources and their supply networks across geographic, cultural, and temporal boundaries. In bringing a similar line of inquiry into the history of more recent design, scholars might inject a useful historical dimension into contemporary design narratives of “smart materials” or “active matter.” This subset of contemporary design is largely cast in a problem-solving or solutionist mold, often highly technocratic and centered on a pioneer discourse of innovation in materials engineering. But how might historical studies of matter contribute a humanistic element to these contemporary dialogues by revealing the contingent, messy means by which substances become part of the designed world? How might we think about forms of intelligence embedded in materials that were not expressly designed to be “smart”?

For design historians, such questions might also help rethink the privileged role of the autonomous creative designer in the field. We are, on the whole, used to considering matter as a kind of target for the agency of design—as inert stuff acted upon by human knowledge and skill. But reversing that relationship (as some of the talks at DHS 2018 did), exploring not just the social or economic valences of specific materials as they move through the processes of design and fabrication but also their obstinate physicality or fugitive qualities, seems to offer new and provocative research questions: how matter itself might interrupt, enable, or otherwise structure the ambitions of design. The 2018 conference topic of displacement provided a useful road into this conceptual terrain; excitingly, the theme for the 2019 DHS Conference—The Cost of Design—will offer another.

In closing, I’d like to reiterate my thanks for the wonderful opportunity to attend DHS afforded by the Student Conference Bursary, and I look forward to new slate of thought-provoking papers and exchanges in Newcastle.

*Colin Fanning is a PhD candidate at Bard Graduate Centre.