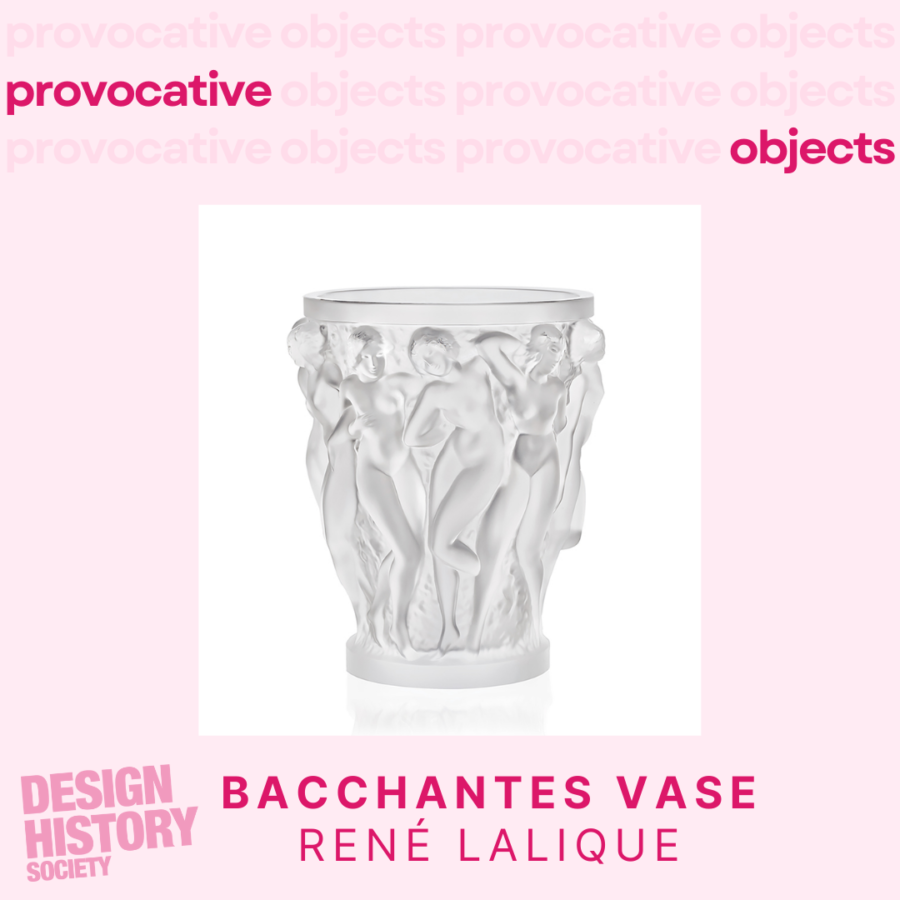 René Lalique (1860-1945) was a French designer, who was best known for his glasswork. His career started in 1885 as a jewellery maker, but from 1911 he predominantly focused on glasswork. According to some sources, René Lalique is the best-known 20th century maker of moulded, opalescent glass, producing most of his best designs during the 1920s and 1930s.

Created in 1927 (and still in production today), the Bacchantes vase is one of Lalique’s most famous works. Featuring the young priestesses of Bacchus, the vase has become a symbol of his style, which was heavily inspired by the natural world, often included women figures and geometric lines, all typical of the Art Deco movement. However, instead of focusing on the object’s design, production and consumption in relation to it as a provocative object, the vase will be used as an example to discuss another provocative topic; the notion of fakes and copies.

Fakes and copies of artefacts have been made for thousands of years for various reasons. Whereas fakes are made to deliberately deceive, copies are made in a similar style to that of the chosen artist or designer. Oftentimes though, they are both made to deceive those less informed, for the purpose of making financial gains. The Bacchantes vase is one of the millions of objects that have been faked and copied many times since its creation. A huge number of fakes and copies of the vase as well as of other Lalique pieces have been made in, for example, Czechoslovakia but of worse quality and with altered designs. The nude female figures present on the Bacchantes vase became sources of inspiration for a multitude of other vase designs such as the ones in the images below. However, key features such as artist’s markings, quality of moulding, colours and shapes can all be indicators, hinting at whether something is a real artefact or a fake.

Even though, forgeries were created with bad intentions, they can prove to be extremely educational and many museums keep them in their collections (whether this decision was accidental or planned is another topic of discussion). They demonstrate what at certain moments in time people perceived as valuable and fashionable, their manufacturing methods and most of all their capabilities to deceive even the most educated academics and collectors.

The world of fakes and copies raises many questions. How do you spot what is a real or a fake artefact? Is your education the most important factor in helping you to determine a fake, a copy or an original? What should museums do with fakes and copies?

Please feel free to leave comments in response to this post below. If you would like to contribute a blog post for this series, please contact the DHS Administrator: designhistorysociety@gmail.com. We welcome posts on any object or place from any era, anywhere in the world.