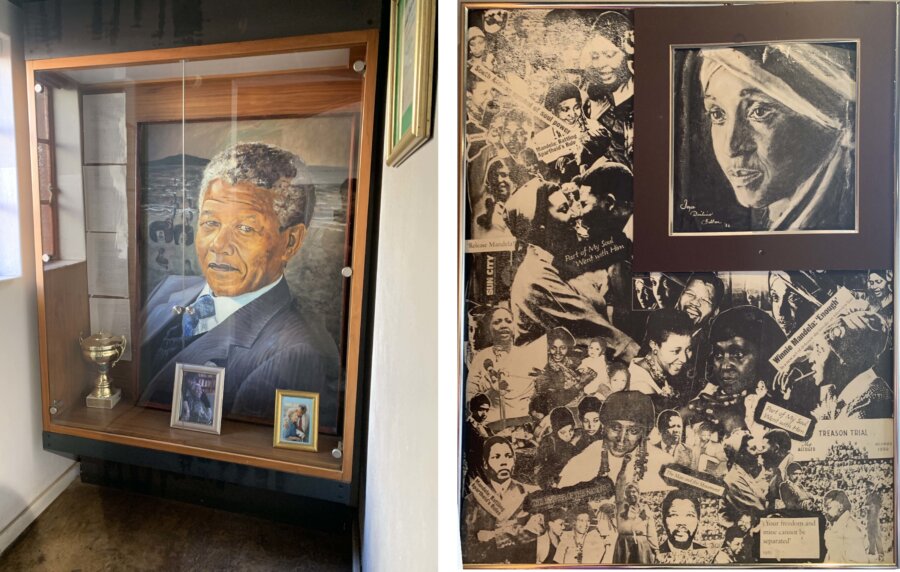 In the past, the South African movement of Skhothane has been regarded as a fleeting youth phenomenon that emerged in South African townships in the early 2010’s. Following a media-induced ‘moral panic’ in 2012, many claim that the movement has vanished from the townships in recent years. However, if this is the case, how does one account for the large online following of Skhothane crew Material Culture in Johannesburg today?

Almost a decade later, the Skhothanes – from the Zulu term ‘to lick’ that loosely translates as ‘to show off’ – now have a large presence on social media, specifically Instagram. With the Design History Society’s generous support, I was able to travel to Johannesburg, South Africa to interview youth culture members. I investigated the lives of present-day Skhothanes, in an attempt to determine whether the youth phenomena can be considered as a modern subculture, and in the wider sense, if subcultures can still exist in our increasingly modern and globalised world.

Beginning in the early 2010s in the Gauteng province of South Africa as a localised trend originating within the townships of Johannesburg, the culture is characterised by their engagement with fashion, as a method of self-identification and expression of a spectacle of wealth (Mnisi, 2015; Inggs, 2017). The Skhothane style is defined by bright colours, expensive jewellery, gold teeth and the sporting of Italian fashion brands in South Africa, such as DMD Muracchini. Starting as a youth trend, the very first Skhothanes became a topic of interest due to their engagement with conspicuous consumption (Veblen, 1899). A term referring to the consumption of expensive goods to demonstrate wealth or higher social status, and the consumption for that purpose rather than to cover the consumer’s practical needs.

Once the items were obtained, crews would meet with other crews to ‘battle’. During a battle, the crew members would ‘flex’ - the act of trying to impress people by showing off (Widawski, 2015), by dancing, tearing and burning clothes and even breaking phones to demonstrate wealth. The word ‘flex’ is derived from the Latin verb flectere meaning to bend, hence ‘to flex your muscles’. This definition has been used as African-American slang for showing courage since the 1990s, hence flex is used metaphorically for demonstrating strength. They would also waste food, although many today do not associate themselves with these practices.

The Design History Society’s travel award gave my research credibility, as I was able to experience the subculture first hand. For my MA dissertation, I drew transnational-national comparisons between Skhothane and that of African American Hip-Hop and UK Grime cultures, to determine that Skhothane fashion and dress constitutes a method of black cultural production that evokes meaning. I proposed that since their engagement with style and dress is meaning-based, Skhothane resemble that of a modern subculture, as opposed to a post-modern phenomenon that is on the surface, consumer-driven.

In referring to Skhothane participants as ‘micro-celebrities’, I suggest that increased societal surveillance through developments in social media technology has altered the way that subcultural behaviour operates and develops in our current social climate. I interviewed members of Material Culture, who due to their social media following, have released singles on Apple Music and Spotify and landed deals with clothing brands and iconic brands like Pepsi.

In support of this claim, I found that social media features are modified for the purpose of increased self- awareness, which affects user engagement. As a result, I make the case that engagement with platforms like Instagram influences the aspiration of upward social mobility in Skhothane group members.

Given that my work was based on social repercussions and youth experience in the wake of the apartheid, the research trip also enabled me to fully experience and understand the history of Soweto, where the Skhothane phenomena is found. For example, I was able to visit Nelson Mandela’s house, which is now a museum dedicated to his life’s work and legacy.

I am very grateful to the Design History Society for their support. I am pleased to have had the opportunity to travel to Johannesburg to enhance my research and knowledge on youth subcultures and theory in fashion and dress.