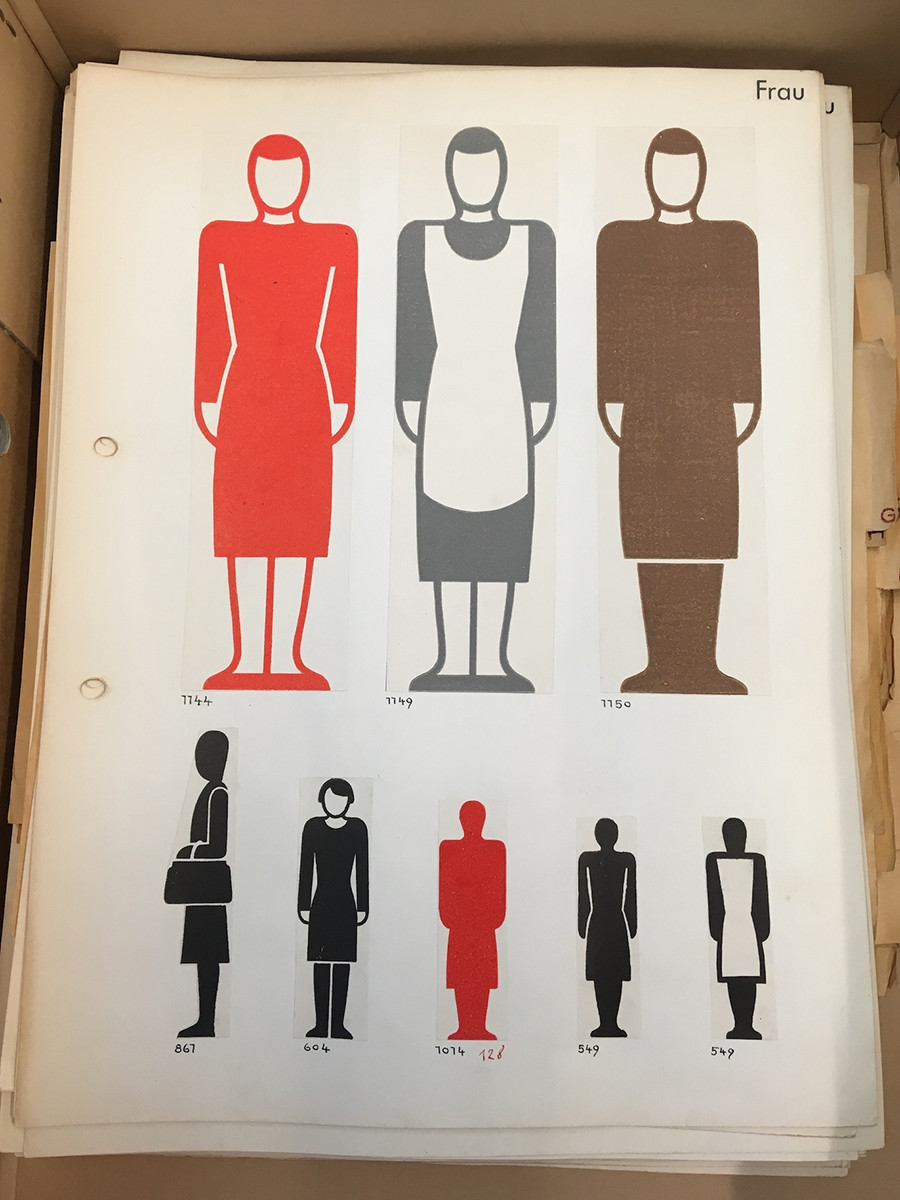 With the generous support of the Design History Society, and the assistance of Laura Weill, Assistant Curator of Typography & Graphic Communication at the University of Reading, I spent a week in September 2018 immersed in the Otto and Marie Neurath Isotype Collection. This archive - the most comprehensive collection of materials related to the development of Isotype in the world - is invaluable to my dissertation. My project explores the uses of photography as a typographic tool of early twentieth-century graphic design. I situate the manipulation of the photographic halftone, among other composite forms, within the larger context of graphic design's emergence as a profession, which took shape across the fields of advertising, psychology and social science. I consider the initial development of the Vienna method of pictorial statistics (later known as Isotype), which took place at the Gessellschafts- und Wirtschaftsmuseum (Social and Economic Museum) between 1925 and 1934, as a key example of the advent of modern visual communication through composite visual and verbal forms.

My research in the Isotype Collection was directed by the following questions:

Given that there is very little published writing on the design principles of the Vienna method, the Isotype Collection contains invaluable evidence of the process by which the method was devised, and aspirations toward the total standardisation of the pictogram as a universally-legible visual language. This evidence takes two principle forms: unpublished writing by polymath Otto Neurath on the rules and procedures of designing pictograms, and original artwork and design maquettes created by Otto Neurath, Marie Neurath, and Gerd Arntz.

Extant materials in the Isotype Collection reveal the materially rich, trial-and-error process of developing pictograms and infographics - a process, I argue, that is integral to understanding that visual communication was founded on practices of composite image making. Neurath and his colleagues used pencil, ink, paint, and cut-and-pasted paper, as well as printmaking and photography, as techniques for the pictorial representation of information. They experimented with line, colour, scale and perspective in order to optimise the legibility of pictograms and ensure that they could be faithfully reproduced in exhibition displays, newspapers, magazines and portfolios.

The maquettes in the Isotype Collection reveal the messy, experimental and highly tactile process used to cultivate the clean pictorial style typically associated with Isotype. The visual characteristics of printed language (such as sharp edges, standard sizes and colours, clean lines of equal weight, even application of colour, and use of symmetrical forms), as opposed to those of painting or drawing, were deemed essential to the task of creating universally-legible visual communication. These designers used white paint-like liquid paper to correct the imperfections of drawing and painting, and erase visual traces of the hand from the final products of their designs. It is evident that Isotype was developed to yield images that would be scalable to fit different platforms - so that a chart made for large-scale exhibition display could also be reproduced in series as a published portfolio, as a small illustration in a periodical, or documented through photography for preservation and future use.

Within the larger context of the emergence of visual communication in the interwar period, my dissertation concerns the ways in which European graphic designers conceptualised and used photography as a tool of graphic design. The relationship between photography and graphic design was so important to many designers in this period that they regarded the combination of photography and typography as a new, hybrid medium. The Hungarian artist, designer, and Bauhaus pedagogue László Moholy-Nagy called this medium 'Typophoto', a term that became a cornerstone of 'New Typography'. It is evident that Neurath and his colleagues also understood and used photography as a companion to typography. This can be seen in such projects like Rondom Rembrandt (Around Rembrandt), an exhibition organised by the International Foundation for Visual Education in The Hague, founded by Otto and Marie Neurath when they emigrated from Austria in 1934. Rather than displaying Rembrandt's original paintings, the exhibition comprised displays that incorporated reproductions of artworks and information on the artist's biography, influences, and legacy presented in a variety of ways.

One of my most surprising discoveries in the Isotype Collection was a trove of photographic prints and glass negatives made by the staff photographers of the Gessellschafts- und Wirtschaftsmuseum, including Walter Pfitzner, Olly Schwarz, Emmerich Maros, and Hans Gammel. Along with charts and models, these photographs were displayed in the exhibitions of the Gessellschafts- und Wirtschaftsmuseum as another kind of visual information. These images documented daily life in 'Red Vienna', including improvements in early childhood education, municipal housing, professional training, worker productivity, health, and general quality of life under democratic socialism.

The photographs feature life at several Viennese municipal developments built in the 1920s, including Karl Marx-Hof, a housing complex designed for 5,000 residents by Karl Ehn, built between 1927 and 1930, and a crowning achievement of Red Vienna. As a museum dedicated to the visual representation of social conditions, the Gessellschafts- und Wirtschaftsmuseum championed the tangible results of efforts toward solving social and economic problems. Visually and ideologically, these images suggest that the system of democratic socialism (like the system of Isotype) would improve social and economic conditions, and proffer education and information to all people.

However, these photographs functioned not simply as propaganda advocating the virtues of democratic socialism. They were, I would argue, as integral to the development of Isotype as the pictogram mockups made by Gerd Arntz, Marie Neurath and Otto Neurath. They contributed to a holistic image of social science presented at the Gessellschafts- und Wirtschaftsmuseum, brought together in exhibitions designed by architect Josef Frank. Much like the magazines and journals that circulated widely thanks to innovations in graphic design and printing technology around the turn of the twentieth century, the exhibitions at the Gessellschafts- und Wirtschaftsmuseum combined many mediums and techniques of representation to communicate with the masses: installation photographs show how the design of three-dimensional architectural space was as integral to the development of Isotype as the crafting of forms on planar surfaces. Like the printed page, the museum was used as a space for experimenting with the creative combination of text and image, to be inhabited and navigated by modern consumers of visual information.