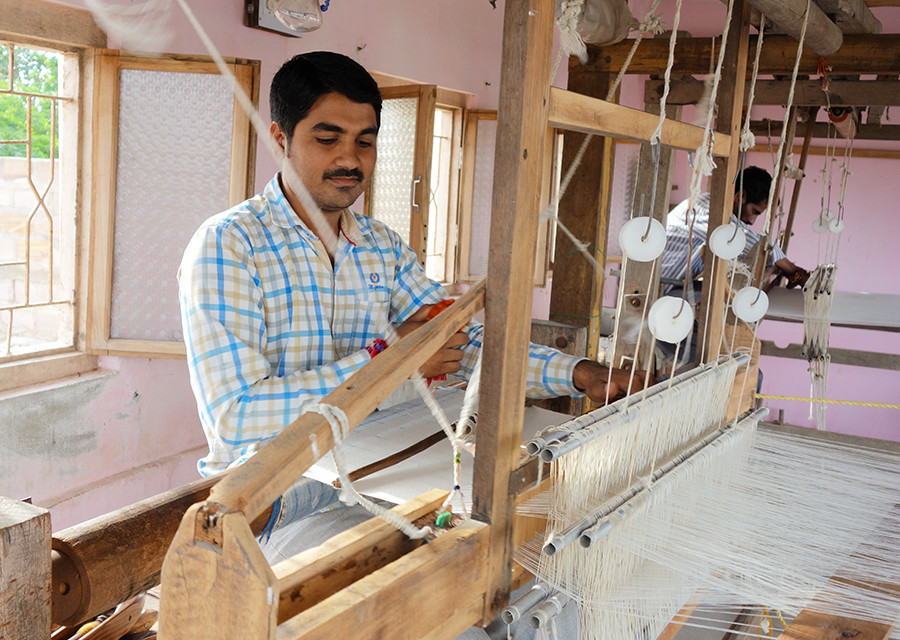 With the generous support of the Design History Society's Strategic Research Grant, I had the fantastic opportunity of presenting my research on the Design History Society-affiliated panel at the annual College Art Association conference, held in Los Angeles on 21-24 February 2018. The conference was impressive in its scale and coverage of a diverse range of disciplines across its parallel panels, including art history, design history, craft and material culture, all from a range of theoretical and international perspectives. Interspersed with the panels were events and tours at several of LA's art and design venues, including the Museum of Contemporary Art, The Broad Museum, Los Angeles County Museum of Art, and the iconic Getty Center, amongst many others. Then there were educational sessions, and opportunities to network in the Cultural and Academic Network Hall, as well as to meet publishers and browse a wide range of publications in the Book and Trade Fair.

I was struck by the large number of panels devoted to craft, suggesting traditional and hand-based processes, which have commonly been the underdog, are becoming accepted in the art and design worlds. Examples include "My Hands are (Un)tied: Craft in an Anxiety Age", "Touch and Tooling: A Social and Historical Perspective on Craft and Engagement in Contemporary Ceramics", and "The Craft School Experience". Another strong recurring theme was the decolonisation of design and art within the museum, educational institutions and global discourses. This theme resonated closely with the DHS panel, titled "Imagining the International: Repositioning Peripheral Narratives in Global Design Histories", held on the Friday morning. It was put together and chaired by Dr Hui-Ying Kerr, a Royal College of Art graduate (PhD) and now a senior lecturer based at Nottingham Trent University, and Rebecca Bell, a PhD researcher at RCA and a visiting lecturer at several universities.

Hui-Ying and Rebecca opened the session with a brief discussion of their own research. Hui-Ying's PhD at the RCA, which she completed in 2017, examined the consumption of lifestyles and identity in the Japanese bubble economy (1986-91) through analysis of material culture of the period, as well as archives in Japan. Her paper on a separate panel at the conference - Sport, Fitness, and Wellbeing - focused specifically on the ways Japanese women adopted sports and leisure to redefine their identity in the bubble economy. Rebecca's PhD research examines craft and design in communist Czechoslovakia in the period 1948-1968, and proposes that the state attempted to define art and craft objects within a spectrum of meaning covering both individual and creative traits, and those deemed as acceptable within the socialist regime.

My paper was titled "Balancing Local Tradition and Global Influences: Design Education for Traditional Artisans in Kutch, India" and situated one of the two case studies of my PhD research - Somaiya Kala Vidya (SKV) design school for artisans - within a history of art and design education in India. It discussed the ways in which SKV challenges previous approaches to craft development and the hierarchies between urban-educated designers and informally educated traditional artisans by drawing upon some of the successes and challenges of the school, and highlighting the experiences of one particular graduate. The DHS panel was the first opportunity I had to present my research outside of Europe, and as a final-year PhD student writing up my thesis, the conference came at a key time for publicising my research and provided a great opportunity to expand my network.

The rest of the panel included three excellent papers all of which had a common focus of challenging existing power structures in design narratives, discussing perspectives of communities and individuals who have commonly been absent in global design histories, and their interaction with the international.

Carrie L. Cushman's paper "The Village in the City Center: Alternative Design Surveys in 1970s Urban Japan", drew upon her PhD research in modern Japanese art and architecture, which specifically examines the photographs of Miyamoto Ryuji, whose images of ruins engage multiple layers of trauma in the contemporary Japanese experience. Carrie is currently based at Columbia University.

Di Liu, a graduate of the RCA/V&A MA History of Design programme presented "Ming Chairs: Subversion or Testimony to Western design?" Her research traced the journey of Ming chairs from their origins in China, the peak of the Ming dynasty (1368-1644), and the multiple identities the chairs have taken on as they have traversed countries such as Japan and Britain, as well as the various interpretations of the chair by modern and contemporary designers.

Magali An Berthon is currently a PhD candidate at the RCA, investigating silk as an intangible heritage and representation of traditional identity in contemporary Cambodia. Her paper was titled "The Institute for Khmer Traditional Textiles: A Japanese Perspective on Cambodian Silk Crafts", and focused on the role of the Institute of Khmer Traditional Textiles founded by Japanese natural dye expert Kikuo Morimoto in reviving Cambodian silk ikat weaving following its destruction during the Khmer Rouge war.

Leading on from the panel, Hui-Ying has received funding from the Nottingham Trent University Global Heritage Seed Corn Research Fund to hold a two-day networking event with a group of researchers in the fields of global heritage, histories and material culture, and whose work addresses the theme 'renegotiating the narrative in global design histories'. This event will take place in June 2018, and provides an opportunity to continue dialogue around the theme, with intended publishable output.

I am grateful to the Design History Society for supporting my research, as well as the whole panel, and am excited about where the panel's combined research will take us.