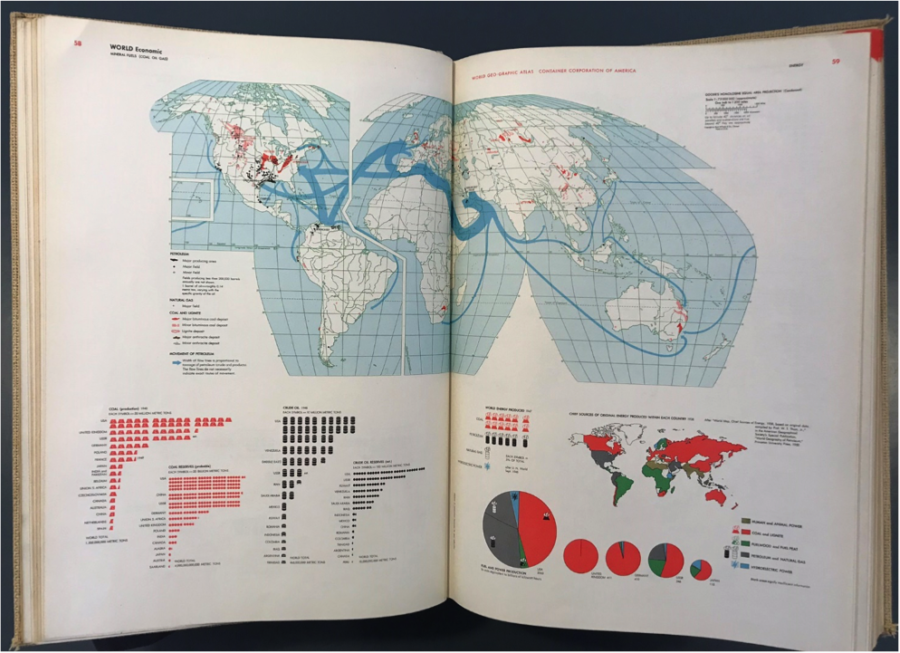 In September, I had the pleasure of presenting a paper at the 2019 Annual Conference of the Design History Society, The Cost of Design. As a first year postgraduate researcher in University of Bristol’s History of Art department, I was honoured to be included in the accomplished roster of presenters, and the exposure to DHS members’ diversity of disciplines was personally beneficial. The subtle differences in approach between design historians, art historians, instructors of design students, and museum professionals, combined with the range of career stages represented, resulted in 3 days of lively conversations.

In the honour of the Bauhaus centenary, The Cost of Design put on two panels around the theme ‘The Business of the Bauhaus’. Both were chaired by Jeremy Aynsley, Professor of History of Design at the University of Brighton, and Esther Cleven, Curator at the Bauhaus-Archiv. Together, the panels spoke to the longevity and reach of the school’s influence on design researchers and educators. I presented on the second of the two, ‘Bauhaus Objects and Mediation’, but will first address its sister panel.

‘Bauhaus, Education and Business’ addressed the methods by which the unique Bauhaus pedagogy was applied to new contexts, as well as the lessons to be learned by contemporary design educators from that process of translation. Professor Marina-Elena Wachs, in her paper ‘The Entrepreneurial Power of Design Schools as Drivers for Business Models for Industry Yesterday and Tomorrow’, looked back on the Bauhaus specifically as an institution stemming from the market prowess of its founders. With special attention to the role women played in textiles, Professor Wachs proposed that partnership with creative industry and emphasis on practical learning contributed to the Bauhaus’s influence and produced a model for both education and business.

Carrying on the discussion of longitudinal educational impact, in ‘Nets Stretched into the Unknown’, Mara Trübenbach emphasised the impact that Bauhäusler women in exile had a design education in the United Kingdom. Her case studies included the weaver Margerete Leischner’s time at the Royal College of Art. Trübenbach offered an engaging transnational interpretation of both German and British design history.

Finally, Professors Kyunghee Pyun and Daniel Levison Wilk from the Fashion Institute of Technology presented ‘Analyzing Bauhaus in Business and Labor History for Art and Design Students’. This paper detailed their ongoing efforts to encourage their design students to think about cooperative labour – a tenet of the Bauhaus business model – in creative industries. These three papers presented variations on the theme of transcendence of Bauhaus pedagogy, both in and out of design. Using the Bauhaus itself as the object of study and a model for effective educational and business practices, this panel adopted a broad scope through time, place, and translation.

If the first panel looked at the macro, ‘Bauhaus Objects and Mediation’ zoomed into the micro. Focus narrowed to specific objects, from which the other panellists and myself each launched into larger discussions regarding the lasting collective memory of the Bauhaus. Kerry Meakin, a doctoral candidate at Dublin School of Creative Arts, addressed latter career Bauhaus individuals, including László Moholy-Nagy, in ‘The Bauhaus and the Business of Window Display’. She discussed the parallel activities happening in British window display and the Schule Reimann, a reminder of the multifarious, interconnecting strands of design innovation occurring simultaneously in 20th-century Europe.

Next came a paper by Dr Donatella Cacciola from the University of Bonn. ‘Marcel Breuer, the Wassily Chair, and the “frozen” Bauhaus Modernism after 1945’ examined the iconic nature of Bauhaus pieces, in this case the famed tubular steel chair. Breuer met little success updating and re-imagining the chair in the postwar period, finding instead consumers preferred the original design. The Wassily chair is here a case of creative industries’ struggle to balance commercial appeal and innovation, a key characteristic of Bauhaus products.

My own paper, ‘Shifting Geographies: Herbert Bayer’s World Geo-Graphic Atlas and the Mapping of the Postwar Globe’, finished off the panel. The paper was an analysis of how one designer, himself personally and professionally affected by European conflict in the 20th century, addressed through design-complicated postwar political and economic structures. He contradicts and omits, which sheds light on the fact that Bauhaus students and instructors did not subscribe to a monolithic worldview. In revisiting my notes from the talks, I noticed a significant through-line I somehow missed during the conference, refuge—the work discussed on these panels happened after their Bauhäusler were forced out of Germany. The six panellists all somehow touched on the implications of a creative individual forced out of the place that shaped his/her practice because the political landscape no longer fostered it.

Co-Chair Esther Cleven posed the question in the panel discussion of the separation between objects produced by Bauhaus instructors from those indicative of the Bauhaus itself. The school has had such a significant impact on design history and theory that it is often easy to overlook discordant design narratives within the makers’ own practice. Themes of movement, re-interpretation, re-invention, contradiction, and the pressure of expectations of such a highly esteemed institution extended across the talks. The first panel demonstrated how the lasting myth of the Bauhaus has benefitted design and business industries, while the second unpicked the polyphonic history of the school’s reputation through specific object case study.

I am so grateful to the Design History Society for the opportunity to present my research, and for generously funding my attendance at 2019 Annual Conference with a student bursary. The panellists’ diversity of approaches and perspectives got me thinking critically about my own research plans, goals, and methods. I returned to Bristol eager put to work what I had learned.