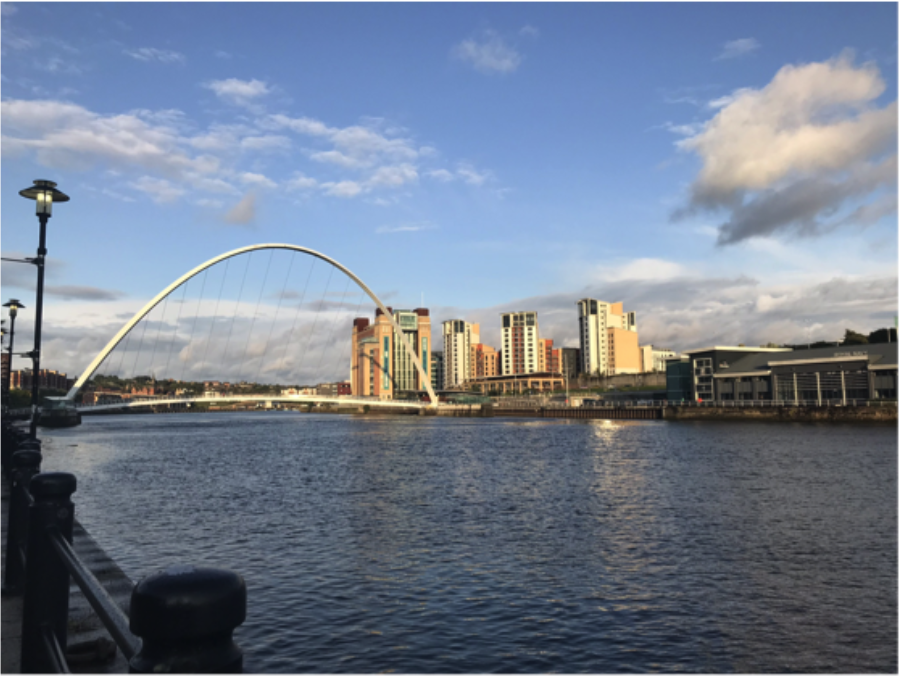 The 2018 DHS conference, at the Parsons School in New York was a career highlight – arriving knowing not a soul, I felt I had at last found my field. New York itself was a thrill, my paper warmly received, and I began to see where my academic work might fit internationally. With the announcement of the 2019 theme ‘The Cost of Design,’ I knew I would come back to DHS in Newcastle: considerations of all aspects of capital in interior design commissions are at the core of my PhD.

My 2019 paper in "The Economy of the Home" session, chaired by Penny Sparke, was titled ‘The price of good taste: social status and cultural capital exchange in the design of a 1960s Sydney interior.’ I argued for the value of interrogating the client’s role in the production of meaningful designed spaces and examined the exchange of capital in the context of a remarkable ‘time capsule’ house by Sydney firm Décor Associates. Fellow presenters Monica Penick and Tom Spalding and I were heartened by the packed room - I even had some return customers from 2018 wanting to know more about Australian interiors.

Presenting at The Cost of Design gave me the opportunity to receive feedback which I am still, in the final months of my PhD, mulling over as I write my conclusions. PhD work can be isolating, so the validation and suggestions from colleagues that presenting at DHS offers cannot be underestimated. This time around, my ideas were more advanced, and I listened to the audience response, and the other sessions, with greater focus and productivity.

Personal highlights came from various quarters. Janne Helene Arneson’s ‘When Less Was More – Self Expression in a Time of Ration’ was an absorbing look at political messages delivered through homemade clothing in Norway in World War II. Scandinavia is of serious significance to any scholar of Australian 20th century interiors so papers from this quarter at DHS always feel relevant. ‘“Affordable Luxury”? Bargaining on the Aesthetics of Everyday in Danish Design’, from Dr Mads Nygaard Folkmann and Professor Anders V. Munch was no exception. Away from the field of interiors, two papers stood out for their engagement with their audiences – Wei Hang’s ‘A Little Rabbit Making Great Profit’ which analysed connections and meaning in the graphic design of Miffy and Hello Kitty and ‘Fetters and the cultural origins of some bondage objects in 1970s Britain’, Dr Tom Cubbin, where the richness of archival material and oral histories in academic design research was strongly shown.

Of course, it’s the papers where you find a research overlap that can really make an impact. They stimulate, they make you think, they make you see your work as part of a bigger picture and they connect you with other academics with similar interests. If you are from Australia, where the field is tiny and geographically dispersed, this is of immeasurable value. Associate Professor Monica Penick’s paper, ‘The expressive, expansive, and expensive Modernism of Paul Laszlo (or, how one architect rejected the “glorification of economy” in mid-century American design)’ explored themes in common with my own paper and interests. Her book Tastemaker had already been a reference for my PhD – to hear her latest research was highly valuable.

The standout paper for me overall provided an unexpected insight. Within Kerry Meakin’s broader analysis of the impact of the Schule Reimann on interwar window design in ‘The Bauhaus and the Business of Window Display’, were gems of original research pertinent to Australian design history. She dismissed the trope of Laszlo Moholy Nagy as the key mediator of Bauhaus design on UK cities’ department store window designs with a forensic analysis of window dressers’ trade journals, which documented a high level of awareness of Bauhaus principles predating Moholy Nagy’s tenure at Simpson’s of Piccadilly and some scathing reviews of the Bauhaus teacher’s own window displays. Since Australian designers Dahl and Geoffrey Collings, then working with Moholy Nagy at Simpson, continue to be presented as an important part of the narrative thread of the Bauhaus impact in Australia, this was exciting stuff!

Elsewhere at the conference the Irish contingent showed strong game and although I missed Mary Ann Bolger’s paper, this was more than made up for over a late night drinks, tapas and a group sesh on the graphic design of the My Way to God books. Sarah Lichtman was one of the people who made 2018 so welcoming and it was great to see her and other friendly faces in Newcastle – including the wonderful convenors Elizabeth Kramer and Janine Barker. Incidentally, new Chair Claire O’Mahony – I still owe you £10 for bailing me out for the taxi! Yes, the magic isn’t just Pede Valle on the dancefloor - DHS is that kind of place.

My final thought on the Cost of Design? The cost of travel from Australia! I had spent my entire conference allowance from UNSW in 2018 getting to New York and only attended in 2019 thanks to the faculty finding me some extra funds, boosted by DHS bursaries in both years. I owe both Society and faculty my thanks. I’m grateful to have had these experiences - in the time of Covid, with a drastic drop in students from China, UNSW now has a A$600 million shortfall. HDRs have lost significant financial support and it is uncertain when funding for international conferences will return. A reminder to make the most of these opportunities when they are so generously given.

Catriona Quinn is a former curator with Sydney Living Museums, where her responsibilities included the Rose Seidler House and the Caroline Simpson Research Collection, dedicated to the history of houses, interiors and gardens, the only of its kind in Australia. Catriona was a contributing author to The Other Moderns. Sydney’s forgotten European design legacy (New South 2017) and in March 2020 her series of essays on the history of the Society of Interior Designers of Australia were published as part of a major new online Finding Aid by Sydney Living Museums. Catriona is currently completing a PhD at UNSW Sydney, on the role of the client in Australian design history. @catriona_quinn