Call for Papers: Pictures of War: The Still Image in Conflict Since 1945 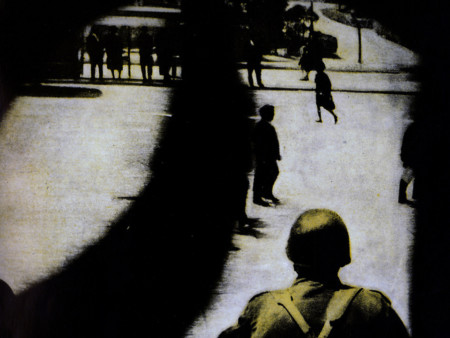 A conference on the intersections of conflict and pictures from the end of WWII until today.

Since the end of World War II, the nature and depiction of geopolitical conflicts have changed in technology, scale and character. The Cold War political landscape saw many struggles for liberation and national identity becoming proxy battlegrounds for the major powers. In the aftermath of anti-colonial conflicts, refugees and migrants who had relocated to the former metropolises joined those already fighting for civil equality in these countries. Wars continue to be waged in the name of democracy and terror, and in the interests of linguistic, theological and racial worldviews. Migration and displacement as a result of conflict are again at the top of the agenda.

As the technologies of war have shifted, so have the technologies of making pictures. This conference seeks to engage with these phenomena through critically engaged approaches to the processes of visualisation, their methodologies and epistemologies that will contribute to our understanding of the ways conflicts are pictured. The intention is to expand the field of enquiry beyond localised, thematic or media-specific approaches, and to encourage new perspectives on the material and visual cultures of pictures.

We invite scholars, artists and activists interested in the study of images and pictures in their own right, with their own and admittedly interdependent discourses and visual and material capacities for producing knowledge and meaning (Mitchell, 2005). We are interested in presentations that consider the temporal and physical mobility of pictures and their visual, material, affective, political and economic value from multi and interdisciplinary positions. The subject of the conference will be examined through the following themes:

For further information on these themes, please download and refer to this document.

Proposals for individual papers of 20 minutes should be sent in MS Word (max 250 words) followed by a short bio (not exceeding 100 words). Please include the title of your proposed paper and indicate the theme it most adheres to as these will be developed into conference panels.

All paper proposals must be submitted by e-mail to: picturesandconflicts@gmail.com by 12 January 2018.

Accepted papers may be considered for publication in a forthcoming edited volume.

The Pictures of War: The Still Image in Conflict Since 1945 conference will offer several bursaries and subsidies for speakers whose abstracts have been accepted. More information will be provided in the conference announcement at the beginning of 2018.

The conference and workshop are funded by the Postgraduate Arts and Humanities Centre (PAHC) and the Manchester Art Research Centre (MSARC) at MMU; RAH! the Research in Arts and Humanities public engagement programme at MMU; The University of Central Lancashire, REF unit of assessment 36 research fund; the London College of Communication, UAL; the Jean Monnet Centre of Excellence at the University of Manchester.