Announcing Dr Sally-Anne Huxtable as incoming Chair of the DHS 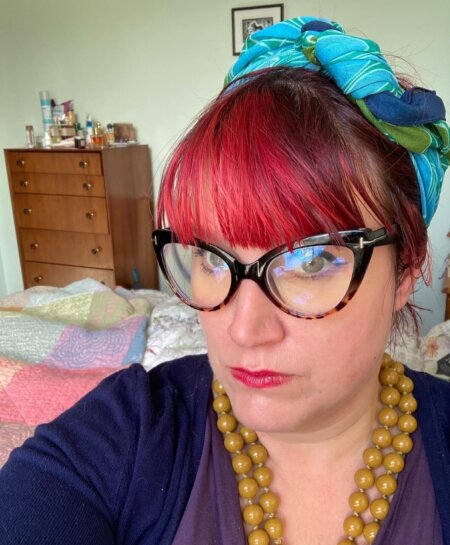 We are pleased to confirm that Dr Sally-Anne Huxtable has been appointed as incoming Chair of the Design History Society.

Sally-Anne Huxtable has been Head Curator of the National Trust since July 2019 and is an Honorary Fellow in History of Art at the University of York. She was formerly Principal Curator of Modern and Contemporary Design at National Museums Scotland and a Lecturer in Design History at Northumbria University and in History of Art at the University of Bristol. From 2008-2010 she was Research Associate in Decorative Arts and Design at Dallas Museum of Art. She has also undertaken work for museums and galleries including Tate and the Museo de Arte de Ponce, Puerto Rico. Sally is a Co-editor of the Manchester University Press Studies in Design and Material Culture series, and she sits on the advisory board of the Stained Glass Museum. She is a former editor of the Review of the Pre-Raphaelite Society.

Sally’s expertise focuses on nineteenth and early twentieth century art, design, and history, and she has a particular interest in the relationship between artistic movements and practice and spiritual and religious belief.

Sally was appointed as Chair following an open call, formal application and interview, the panel of which included Prof. Grace Lees-Maffei, Chair of the Journal of Design History, Prof. Cheryl Buckley, former Chair of the DHS, Elli Michaela Young, Teaching, Learning and CPD Trustee of the DHS and Jenna Allsopp, DHS Administrator.

Sally succeeds Associate Professor Claire O'Mahony, who has served as Chair since September 2019, and will be formally welcomed into post following ratification at the AGM in September 2022. We look forward to working with Sally from September and extend our thanks and gratitude to Claire for her stewardship of the Society during these last turbulent three years.