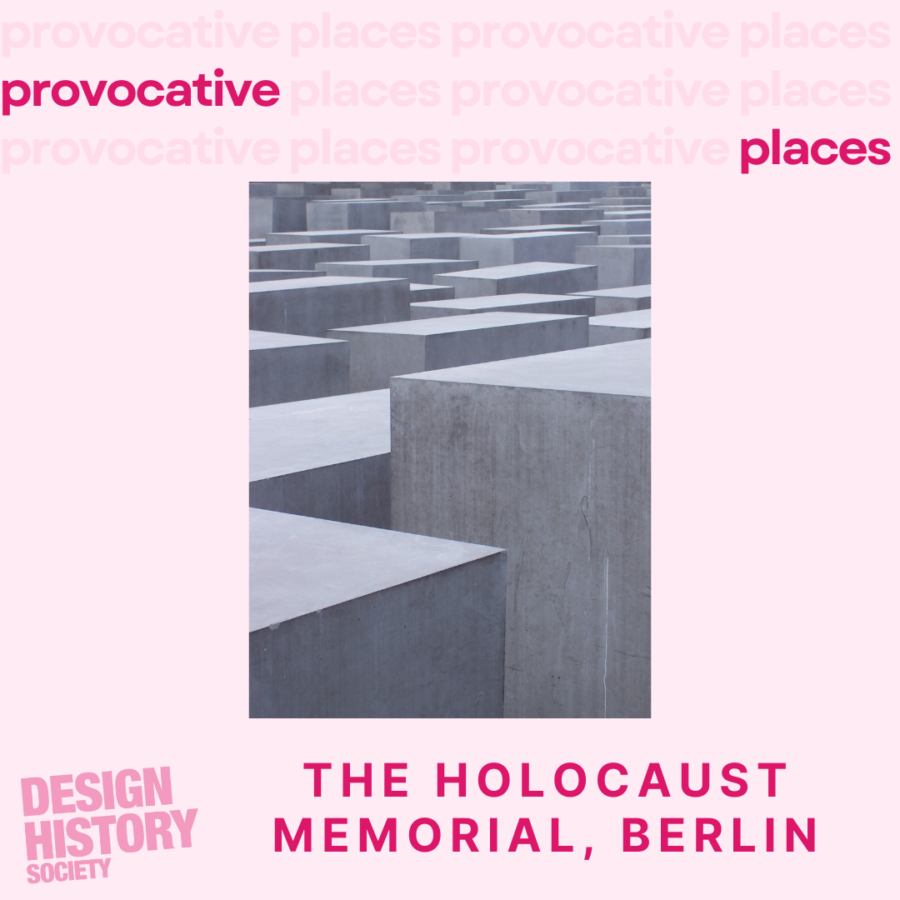 The Memorial to the Murdered Jews of Europe (Denkmal für die Ermordeten Juden Europas), designed by architect Peter Eisenman, opened in 2005, 60 years after the end of the Second World War. It is located in the Mitte neighbourhood of the city, near the Brandenburg Gate and Reichstag Building, along the former location of the Berlin Wall which once carved the city into two. The aim of the Memorial is to act as a permanent memory of the darkest moment in German history, ensuring that the past is never forgotten.

Covering an undulating 19,000 square metre site, Eisenman designed 2711 concrete stelae to be arranged in a grid pattern, creating long and narrow alleyways which visitors can walk down. Each stele is 2.4m long and 0.95m wide, with heights varying from 0.2 to 4.7m, so each one is unique. This uniformity matched with variance alludes to the collective and yet individual identities of the Holocaust victims. The use of stelae also references its form as a longstanding architectural means of honouring the dead. The alleyways between the stelae makes the Memorial a fully immersive experience and creates a feeling of uncertainty and disorientation for visitors. Eisenman’s decision to forgo plaques or inscriptions on the stelae remains controversial, and creates a sense of mass anonymity and abstraction, which he intended as a means of allowing a more personal interpretation of the Memorial. A museum designed by the Berlin-based exhibition designer Dagmar von Wilcken is positioned beneath the site, providing additional information such as victims’ names, historical photos, and film footage.

Debates surrounding what form the Memorial should take – and indeed if it should be built at all – date back to the 1980s. Indecision and differing points of view continued throughout the 1990s, as well as efforts to find a suitable design. Some critics have argued that the site does little to honour the murdered, particularly in its lack of names and radical refusal of traditional modes of remembrance, which can be seen as ignoring rather than actively engaging with the past. The vague and unsettling nature of the stelae have prompted some to contend that the Memorial does not serve its function, bringing into question who is to be remembered and who was responsible. This disconnection between the stelae and the named victims has been attributed as a reason why the site has become a recreational space since its opening, with visitors climbing on the columns, taking selfies, or using it as a place for socialising rather than reflecting. Furthermore, some critics believe that the Memorial should never have been built for fear of it becoming a site for Neo-Nazi vandalism. Despite covering the stelae with an anti-graffiti solution at a vast extra cost to the project, anti-Semitic slogans and swastikas have still appeared over the years.

How can architecture work to keep a culture of remembrance alive in the consciousness of present-day society? Can a design ever do justice in commemorating lives lost, particularly on such a large scale? How can the meaning behind such sites be protected and respected now and in the future? And how can they serve to educate and inform visitors as well as act as places for reflection and remembrance?

Please feel free to leave comments in response to this post below. If you would like to contribute a blog post for this series, please contact the DHS Administrator Jenna Allsopp: designhistorysociety@gmail.com. We welcome posts on any place or space from any era, anywhere in the world.